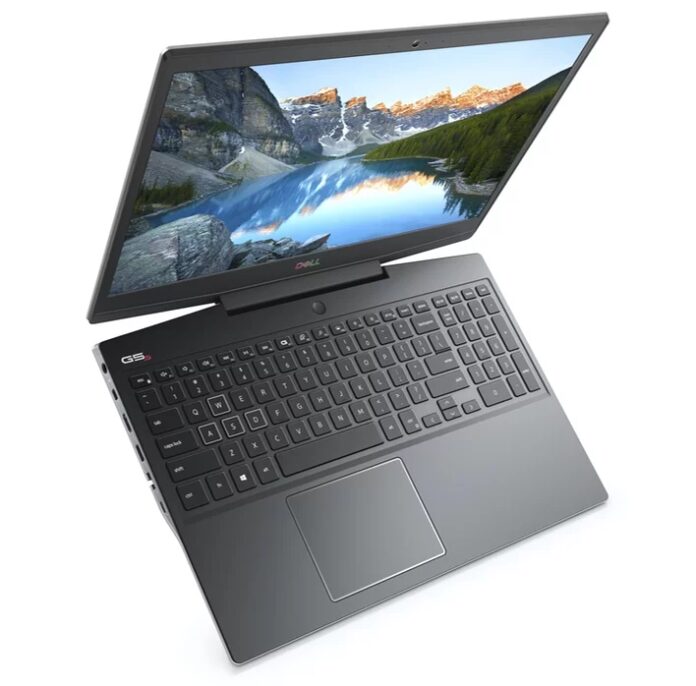 AMD made a great start to the CES 2020, launching their brand new Ryzen 4000 mobile processors and their gaming-oriented H-series processors with 45W TDP. AMD also announced its Radeon RX 5600 XT GPU for desktop as well as for laptops.

During its keynote, AMD assured its fans that soon vendors would be sowing their laptops with these new APUs. ASUS was among the first ones in the race, showing off their unique ROG Zephyrus G14 and Dell too showed the new G5 15 Special Edition Ryzen gaming laptop featuring both AMD on the processor as well as discrete GPU front.

Dell’s G5 15 gaming laptop promises to be a strong laptop to give gamers all the frames per second they need for competitive gaming and triple-A gaming titles.

Featuring the top-of-the-line Ryzen 7 4800H has a base clock of 2.9GHz and a boost of 4.2GHz along with 12MB cache. We see 7CUs of Vega graphics with 1600MHz which is lower than we saw in the Ryzen 7 4800U. The higher TDP helps the SoC to provide higher base clock frequency of 2.9GHz.

If you are worried about the performance of this APU, AMD has confidently that the new Ryzen gaming chips can beat the Core i9 9980HK in most areas, single-threaded, multithreaded, and on integrated graphics as well. Being equipped with the discrete Radeon RX 5600M graphics card, the laptop delivers smooth 1080p gaming performance.

The new AMD SmartShift technology is exclusive for its H-series Ryzen 4000 processors which is a power delivery mechanism. When the APU is paired with a discrete GPU, SmartShift will automatically adjust the power budget between the CPU and the discrete GPU for the max power budget allocated for the laptop.

The laptop features a 15.6-inch Full-HD panel with a variable refresh rate of up to 144 Hz which supports FreeSync technology. Dell is offering multiple single and dual-drive storage options as well, with up to a 1TB PCIe M.2 SSD and up to a 2TB 5400 RPM HDD and we expect multiple DDR4 RAM options as well.

The Dell G5 15 Special Edition Ryzen gaming laptop will be on shelves in early April 2020. The entry-level configuration with the Ryzen 5 4600H (six Zen 2 cores) along with its integrated Radeon Vega graphics (384 SPs) will cost you $799. This laptop will get even costlier when you opt-in for a dedicated graphics, presumably the latest Ryzen 4000 is a factor for such high prices.

Dell G15 5511 Gaming Laptop review: Old specs but is it worth the budget?