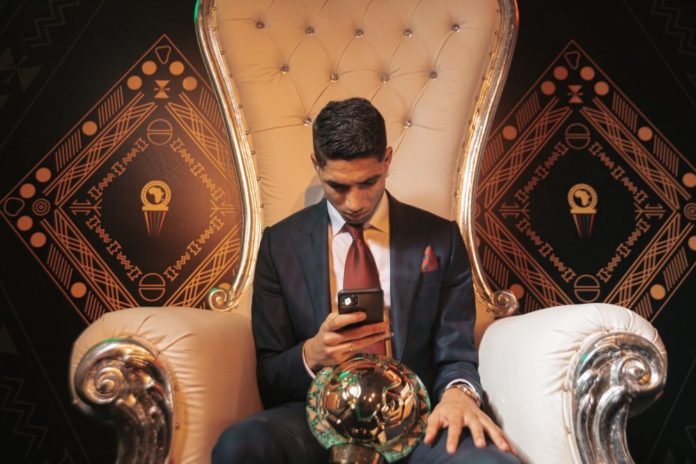 Achraf Hakimi has been named as the African Youth Player Of The Year for the second successive time.

The CAF awards were held in Hurghada, Egypt on Tuesday. Real Madrid full-back Achraf Hakimi, who is currently on loan at Borussia Dortmund has been named as the 2019 African Youth Player Of The Year for the second successive time.

Achraf Hakimi’s parent club Real Madrid published on their website: “The youth-team product, who is out on loan at Borussia Dortmund, claims the accolade for a second successive year and has also been included in the CAF’s Best XI.
Achraf Hakimi has been crowned as the 2019 African Youth Player of the Year at the African Football Confederation (CAF) awards ceremony. The Moroccan international, who is currently on loan at Borussia Dortmund, also landed the distinction last year. This time round, he beat off competition from Nigeria’s Samu Chukwueze (Villarreal) and Victor Osimhen (Lille).”

Achraf Hakimi has become a vital player for Borussia Dortmund since joining 18 months ago. This season, the Moroccan has scored six goals and assisted six others in 26 appearances. He has been a threat going forward. He is not shy of making dangerous runs down the flank.

Hakimi, a veteran of 28-time international matches, was also part of the Morocco squad that made a run to the AFCON round of 16. He was also named in the 2019 African Best XI.

Previous article
Sadio Mane has been named as the 2019 African Player Of The Year
Next article
IPL 2020: The teams which are tipped to take the title