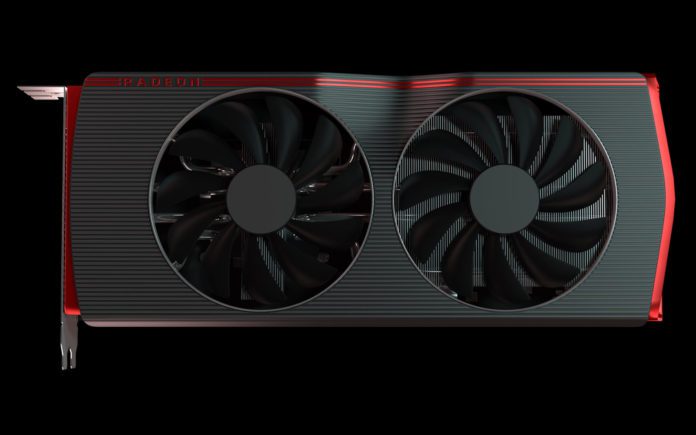 The RX 5600 XT is a healthy upgrade over the RX 5500 XT or rather a cut down version of the RX 5700. This graphics card is based out of the new Navi 10 based on AMD’s RDNA architecture focused to deliver killer 1080p performance between 90 and 120FPS.

The GPU packs 6GB of GDDR6 memory, instead of the RX 5700’s 8GB. Altogether AMD says the new card is capable of delivering up to 7.19 teraflops of throughput, whereas the RX 5700 which is a bit higher at delivers 7.95TFLOPS of throughput.

On the performance front, AMD has compared the RX 5600 XT against the NVIDIA’s GeForce GTX 1660 series and their older GTX 1060 cards. In Call of Duty: Modern Warfare, the GTX 1060 currently scores around 57 FPS in 1080p with ultra quality settings, while the RX 5600 XT delivers 92 FPS.

This is the same case in 1080p performance in games like The Division 2, Gears of War 5 and The Witcher 3. Where NVIDIA’s old card struggles to reach around 60FPS, AMD’s new GPU delivers around 90FPS in triple-A games. On the other hand, in eSports gaming, the new card delivers over 125+ frame rates.

With the help of AMD’s Radeon Software features like Radeon Boost & Radeon Anti-lag gamers can enjoy better gaming experience on the new Radeon RX 5600 XT. This new GPU will be available at $279 from January 21st onwards from all AIB board partners like MSI, Sapphire, ASUS, Gigabyte and more.

Previous article
CES 2020: AMD Ryzen 4000H gaming processors with up to 8 cores/16 threads launched
Next article
Samsung Galaxy Note 10 Lite: Everything you need to know about this device.