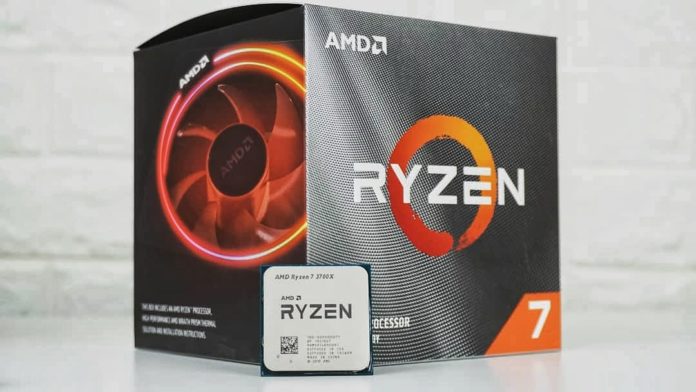 The year 2019 has been really great with a bunch of new CPUs and APUs. 2019 will be remembered to the year for 7nm CPUs as the key player here, AMD has stepped up the game with their Zen 2 CPUs and overtook the market that was predominantly captured by the Team Blue.

Thanks to the Ryzen 3000 processors which have completely changed the game for AMD. Before this AMD was an option for productivity works only but now with the superiority of the Ryzen 3000, AMD CPUs have impressive gaming performance as well.

With a large amount of cache, higher clock speeds and with the 7nm goodness these CPUs are the best ones. The market has totally shifted to Team Red this year and the reports are proof of it. From tech enthusiasts to gamers, everyone has only one word in their mouth – “RYZEN”

Intel is truly facing a hard time out there, instead of going 10nm they are still tick-tocking their historic 14nm architecture. Whereas AMD is just dominating the CPU market from consumer-level to HEDT and even on the server business as well.

When AMD is planning to go 5nm in the coming years, it is hard to see the league leaders fail to bring 10nm CPUs even in 2019, which they really promise to do in 2020. So here are the best CPUs of 2019 which you can readily buy for your system and have a great holiday. 😉

AMD’s new Athlon 3000G comes out from the Picasso APU stack and can be a great budget alternative to the Ryzen 3 3200G and Ryzen 5 3400G APUs. This dual-core APU is based on Zen+ architecture which is built from 12nm process. Being both powerful and efficient at the $50 price segment this unlocked APU can be a great option for all.

Though Intel is facing a hard time in 2019, the one product that they have managed to make right is the i3-9100F. With 4 cores and with a healthy boost clock up to 4.2GHz you need to get this CPU for such a low price bracket if you plan to make a gaming PC or just for normal use, you need a GPU to work with this CPU.

Buy from here: https://amzn.to/2MnwYcL and buy from India with the motherboard: bit.ly/2Q8Tb0J

If you want a solid APU to game with then the Ryzen 5 3400G is the best one out there, with a max clock speed of 4.2GHz (which you can still overclock). Being built on the 12nm process, the APU has improved on the graphics front as well with higher clock speeds. If you are short on budget for a discrete GPU, get this APU along with 16GB of RAM and you are good to go!

There’s no doubt the best mid-range CPU of the year is the Ryzen 5 3600 which is truly the best one to grab at this budget. With some cheesy clock speeds and 6 cores along with a huge 35MB game cache, this is the CPU for gamers and for anyone who wants superior CPU at this price segment. Also, the PCIe gen 4 support makes it much faster and the goodness of the AM4 socket is always there.

If you are looking for a great “value for money” CPU in 2019, this is the one, with 8 superior Zen 2 cores along with a peak clock speed of 4.4GHz, this CPU can handle both gaming workloads and productivity tasks easily.

If you want an even more superior performance with a timid increase in clock speeds, the bit more overpriced Ryzen 7 3800X too can be a great option for you.

There remains no doubt that the Ryzen 9 3900X is the best overall CPU of the year 2019, we chose this over the Ryzen 9 3950X as the former is much more available in the market at a sustainable rate whereas the latter is charged around $1000 rather than its original MSRP of $749. Be it gaming or productivity a Ryzen 9 3900X with its mighty Zen 2 cores crushes all of them in the competition.

So here were the best consumer-oriented desktop CPUs of 2019 and the list seems to be Ryzen infected, a truly game-changing CPU series AMD! Do let us know which CPU would you go for this holidays in the comments below… 😉

Previous article
IPL 2020: Full team list of all the 8 franchises after the auction
Next article
Qualcomm Snapdragon 865 Antutu Benchmarks leaked