Barcelona vs Real Madrid: When and Where to watch the El Clasico live? 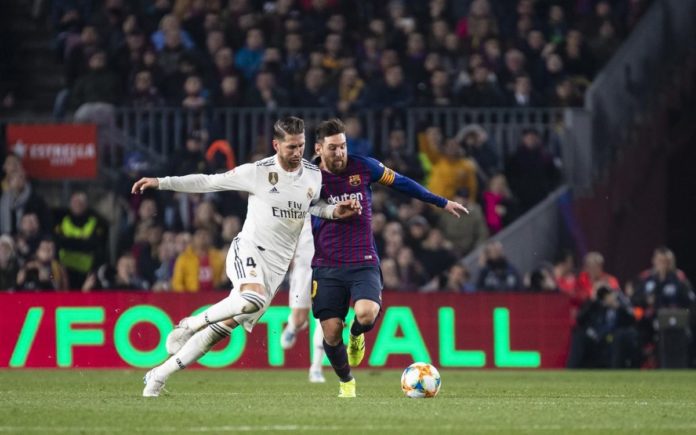 Barcelona will host Real Madrid in this season’s first El Clasico. So here’s how you can watch the El Clasico live in India?

The first El Clasico of this season was due to held on 26th October at Camp Nou. But the match was postponed due to the ongoing disturbances in the Catalan region in north-east Spain.

So, Barcelona, Real Madrid and LaLiga have agreed on a new El Clasico date. This season’s first El Clasico will now take place at the Camp Nou on 18th December 2019, which will kick-off at 20:00 CET.

Barcelona and Real Madrid are both tied with 35 points at the top of the league. Barcelona just edging Madrid in terms of goal difference. The Catalans are chasing their 3rd consecutive LaLiga while Real Madrid aim to win their 1st LaLiga title in 3 years. With the league running as close as it has come to the year-end, the results of the two El Clasico’s could determine who ends up becoming the Spanish Champions at the end of this season.

While Real Madrid will badly miss their star signing Eden Hazard along with James Rodriguez and Marcelo, Barcelona have a strong squad to choose from only with the exception of Dembele and Arthur.

When is the El Clasico?

Where will be the El Clasico played?

The El Clasico will be played at Barcelona’s home ground, Camp Nou.

What time does El Clasico begin?

Which TV channels will broadcast the El Clasico?

Unfortunately, no TV channels in India will broadcast the El Clasico live.

How can you watch the live streaming of the El Clasico?

You can watch the live streaming of the El Clasico on LaLiga’s official facebook page.

Previous article
Cristiano Ronaldo would have won the Ballon d’Or if he was still a Real Madrid player
Next article
IPL 2020: Full team list of all the 8 franchises after the auction