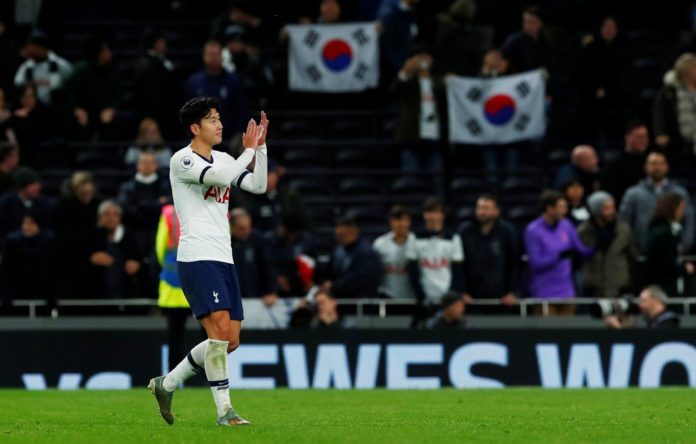 Son Heung-min scored an insane goal, probably the goal of the season.

Tottenham Hotspur’s Son Heung-min made an incredible solo run and then finally kept his composure and scored the goal against Burnley on Saturday. This goal is a strong contender for the goal of the season.

Son picked up the ball near his own penalty box and went on an insane solo run which saw him going past almost the entire Burnley team and then calmly finishing past Burnley goalkeeper Nick Pope.

Son told Sky Sports after the match: “When I got the ball, I tried to pass it to Dele but I couldn’t find him, so I had to keep going. I am happy to score this goal.
It was brilliant today. We created chances and were clinical. We deserved the three points. It was an unbelievable performance.”

The Tottenham winger is having a wonderful season. Along with that insane goal, he set up Harry Kane’s early opener. He has now been directly involved in 15 goals in 15 appearances at the Tottenham Hotspur Stadium.

Harry Kane said: “Sonny stole the show today. It was an unbelievable goal and a great counter-attack. All he wants to do is work hard and play for the team. He has great quality and works hard for the team. All round, it was a top performance.”

“Whenever you play bad in a big game like the Manchester United one, you can’t wait for the next game and for the whistle to start. You saw that today: we pressed quickly and took our chance.”

Tottenham Hotspur’s new manager Jose Mourinho said at his post-match news conference: “It is a tremendous goal. Even before this goal, my son calls him ‘Sonaldo’ after Ronaldo Luis Nazario. The only thing that comes to my mind is the goal when I had the honour of being next to Sir Bobby Robson when Ronaldo [then Barcelona star] scored a wonderful goal [against Compostela in 1996].”

“From the outside, I had a feeling. I remember speaking to Sir Alex [Ferguson] about Park Ji-sung. Maybe it’s a cultural thing. These players are very coachable. The kid is fantastic. I’m very happy, so happy.”