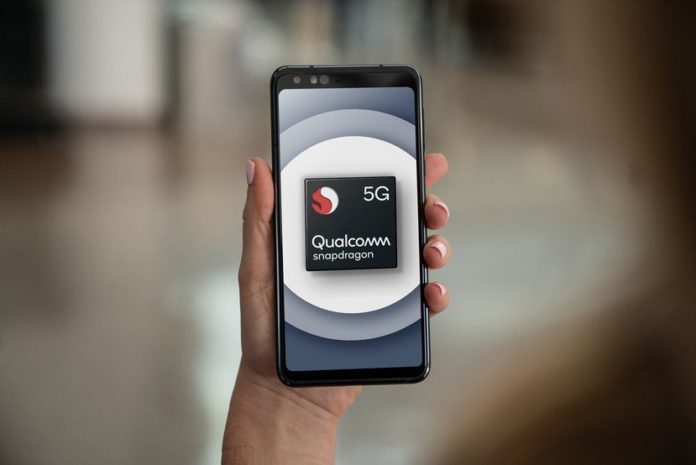 The mid-range chipsets by Qualcomm also get a handsome upgrade over last gen and now will be known as Snapdragon 765 and Snapdragon 765G. The 765 will be the normal one and the 765G will timidly be more powerful and gaming-centric, the best part being these two SoCs will be powered by the integrated Qualcomm X52 5G modem.

Surprisingly, Qualcomm opted for Samsung’s 7nm EUV process instead of TSMC, and Qualcomm believes that these two chips are a big step in commercialising 5G globally. The integrated 5G modem supports a peak download speed of up to 3.7Gbps and upload speeds of up to 1.6Gbps.

Now, coming to the architecture of the SoCs, the Snapdragon 765 will still use the Cortex-A76 performance cores (rather than A77, as seen in Snapdragon 865 chipset). There are still the two of these cores, but they’re now clocked differently.

As per the architecture, there’s the prime core that goes up to 2.3 GHz in the 765 and 2.4 GHz in the 765G, and the other performance core reaches 2.2 GHz. The six other Cortex-A55 based efficiency cores still go up to 1.8 GHz, not a huge improvement as compared to Snapdragon 730 in clock speeds.

On the video recording front, you are still capped at 4K at 30fps, and there’s also support for 1080p at 120fps. Like its brother Snapdragon 865, Qualcomm’s 5th generation AI engine and low-power Sensing Hub to give your device contextual awareness of voice commands, without excessive battery drain.

The newer GPU along with 5G capabilities and improved efficiency seems to be the biggest change with the Snapdragon 765 and 765G. Overall, bringing the 5G capabilities to mid-range along with modest improvements might be a great choice for mid-range smartphone lovers. Hopefully, in the coming months of 2020, we will see more of Snapdragon 765 chipset powered smartphones.