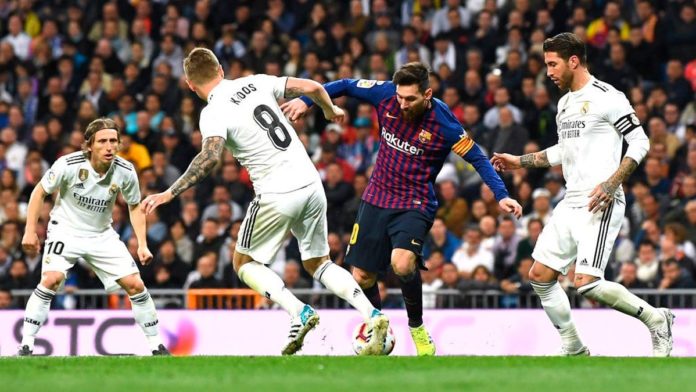 The new El Clasico date and time has been officially confirmed by Laliga.

The first El Clasico of this season was due to held on 26th October at Camp Nou. But the match was postponed due to the ongoing disturbances in the Catalan region in north-east Spain.

Violent protests have been taking place in the Catalan region. Spanish supreme court jailed nine Catalan separatist leaders over their roles in organising an independence referendum in 2017.

The Spanish FA (RFEF) confirmed that EL Clasico will definitely not take place at the Camp Nou on 26th October. RFEF announced that LaLiga and both the clubs have to agree on a new date between themselves before 21st October. Or else, the RFEF will decide a date on their own.

So, Barcelona and Real Madrid agreed on a new El Clasico date. This season’s first El Clasico will now take place at the Camp Nou on 18th December 2019, which will kick-off at 20:00 CET. LaLiga has now officially confirmed this date and time.

Initially, LaLiga’s preference was 7th December, so it could stage its showpiece fixture on a Saturday and confirmed it would assess the possibility of legal action following RFEF’s announcement. But now they have officially confirmed that they too have accepted the 18th December showdown.

The El Clasico will now take place on a Wednesday evening. Barcelona will play against Real Sociedad, meanwhile, Real Madrid will face Valencia before the El Clasico.

Barcelona and Real Madrid are now level on 25 points at the top of LaLiga after 12 matches this season, with the Blaugrana leading on goal difference. Atletico Madrid are a point behind but have played a game more as a result of the El Clasico postponement.