Xiaomi continues its No. 1 market position in India for Q3 2019 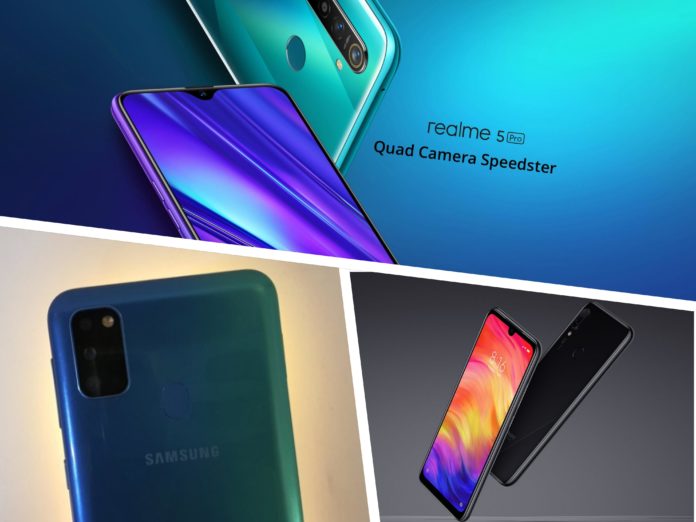 According to recent Counterpoint Research’s report of Indian smartphone market of Q3 2019, the Chinese handset maker Xiaomi continues its unbeaten run in India.

While in other countries the smartphone market is observing a slowdown, India seems to be the ideal place where record sales of 49 million units have been achieved in the last quarter. This is mostly due to the heavy discount and offers that we saw during Flipkart and Amazon’s various sales excluding October.

Now as we see in the reports, Xiaomi was the smartphone brand that sold the highest number of units in the Q3. It managed to grab 26% of overall sales originally dropping from 27%, in comparison to last year.

However, we see the total number of units sold surged by 7% on a YoY basis. Xiaomi’s best selling devices were the Redmi 7A, Redmi Note 7s and obviously the Redmi Note 7 Pro.

Samsung maintains its number 2 spot in this quarter as well. Its YoY based shipments declined by 4% but grew 3% in comparison to the previous quarter. Samsung’s best selling devices were the old Galaxy A2 Core and the newly refreshed A series and M series smartphones including the A30s, A10s, A50s, M30s and the budget-oriented M10s.

On the other hand, the third, fourth and fifth spot is held by Vivo, Realme and Oppo, respectively. Vivo grew from 10% to 17% on a YoY basis basically due to its aggressive online focussed smartphones like Vivo Z1 Pro, Vivo Z1x, and Vivo U10.

Realme as a new smartphone brand gained some handsome amount significant share. The Opportunity separated brand accounted for 16% of the total sales which was just 3% in the same time period last year. This is mostly due to their latest budget and mid-range smartphones like Realme C2, Realme 5, Realme 5 Pro and Realme XT.

On the other hand, Oppo despite having a steady growth in 2019 it has maintained a steady 8% market share even though introducing some great premium smartphones like Oppo F11 Pro and the Oppo Reno series. It’s online Oppo K series smartphones and new A series of smartphones have attracted a lot of buyers as well.

Overall we see a healthy gain in the Indian smartphone market, premium smartphone brands like OnePlus and Apple are hidden under the likes of these 5 major giants. OnePlus 7 series have had some compelling sales in India and Apple is slowly paving its way into the top 10 list with it’s aggressively priced iPhone XR and the cheaper iPhone 11.