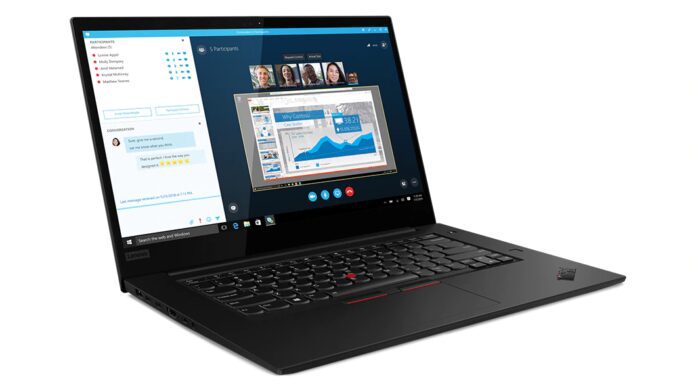 Lenovo originally announced its ThinkPad X1 Extreme Gen 2 in May and it was available for orders in July. The range of this laptop starts from Core i5 CPUs, all the way up to Intel Core i9 processors along with OLED display.

After two months later, the 15.6-inch premium multimedia laptop is now available with all the promised hardware options. Months ago, only a few fixed configurations could be ordered, well, the ThinkPad X1 Extreme is a fully customizable laptop which can readily be configured at lenovo.com.

The graphics is handled by 4GB of GDDR5 NVIDIA GeForce GTX 1650 Max-Q and you get Windows 10 Pro as your OS. You can even configure the laptop up to 64 GB DDR4 with 2666 MHz. The laptop promises an amazing – up to 14 hours of battery life and supports Rapid Charge with 135W AC adapter.

On the connectivity front, you have Intel AX200 Wi-Fi 6 802.11AX (2 x 2) and Bluetooth v5.0. It features a spill-resistant backlit keyboard with white LED lighting and for security, we have Windows Hello with facial recognition and Match-on-Chip Touch fingerprint reader.

The laptop has a Dolby Atmos speaker system and it weighs just 1.7 Kg. If you want the OLED screen as a single upgrade item then you have to spend $380 extra. Head over to Amazon to buy this high-end variant of the laptop with FHD screen that cost around $2000.