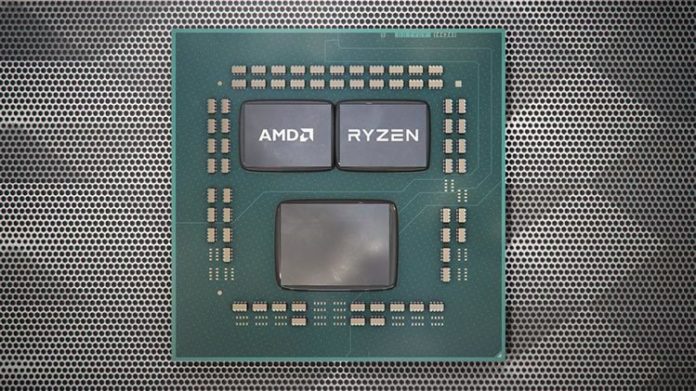 It seems that the Red Team is not stopping after the successful Ryzen 3000 lineup. Having the immense successful Zen 2 architecture in hand, AMD wants to maximize its potential by offering customers cutting-edge CPUs at every budget.

Recent reports say that AMD is outselling Intel in huge numbers, thanks to the Ryzen 3000 processors. We know that both the Rzyen 7 3700X & Ryzen 9 3900X has made grabbed the attention of almost all gamers, making them the bestsellers including the Rzyen 5 3600X.

Some leaks say AMD is working on releasing some more CPUs in the coming days, Ryzen 9 3900 will surely be one of them. The availability of Ryzen 9 3900X has become a huge problem for consumers that has led huge price hikes in the market.

Maybe that’s because AMD wants to release an affordable 12 core option for the hungry gamers in the market.

Through leaks by the AMD’s motherboard partners, we now know that the Ryzen 9 3900 definitely exists and is, in fact, coming soon. The CPU was mentioned as a part of BIOSTAR’s new BIOS update for its new X470NH motherboard, which will surely support the upcoming chip.

This will be interesting to see how the Ryzen 9 3900 will fit with the upcoming Ryzen 9 3950X which is all set to launch in November. With the growing demand for TSMC’s 7nm process, definitely AMD will face a hard time in meeting customer demands.

Packing 12 Zen 2 cores and 24 threads in a 65W package is quite impressive and you can always overclock these CPUs to maximize performance. Those who cannot get hold of Ryzen 9 3900X but want a 12 core CPU for their PC like content creators, video editors can always buy the Ryzen 9 3900.

Let’s see when AMD will really launch the CPU and what price will it set for it. As we get any updates regarding the upcoming Ryzen CPUs will keep this space updated.