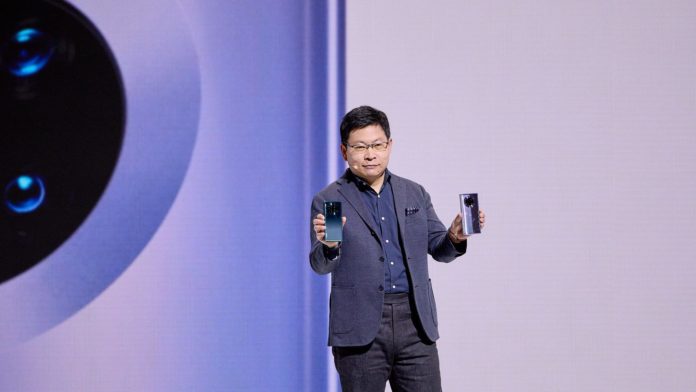 The flagship Mate 30 series has finally been launched at an event in Munich, Germany. This is a flagship smartphone that features the flagship 7nm Kirin 990 SoC that supports 5G.

The Mate series has some amazing cameras and this time it sports a circular rear camera setup that is based on the company’s ‘Halo Ring Design’ along with Leica optics. The Huawei Mate 30 Pro sports a Horizon Display that comes with an 88-degree curved design.

Huawei has also provided a multi-screen collaboration on the Mate 30 and Mate 30 Pro series to transfer data and control multiple screens between two or more devices.

Besides launching the Mate 30 and Mate 30 Pro, Huawei at its launch event unveiled the Watch GT 2 that is powered by a self-developed Kirin AI SoC. It comes with 15 dedicated sports modes that help you keep fit. The Chinese giant also introduced the FreeBuds 3 true wireless Bluetooth headphones in its launch event.

The smartphone is powered by Huawei’s own Kirin 990 SoC made by advanced 7nm process. The SoC is coupled with Huawei’s Da Vinci NPU and 16-core GPU and it supports up to 8GB of RAM.

Talking about the cameras, the Mate 30 has the same ‘Halo Ring Design’ which houses a SuperSensing triple rear camera setup. The camera comprises:

Also, there’s the Image Signal Processor (ISP) 5.0. Furthermore, the smartphone has OIS and AIS for image stabilisation, laser focus, and a zooming range of 45x! On the selfie front, we have a 24MP front camera.

The Mate 30 comes with 128GB of onboard storage and packs a 4,200mAh battery. Also, the smartphone features the latest EMUI 10 based on Android Q.

The Huawei Mate 30 will be available in Space Silver, Emerald Green, Cosmic Purple, and Black colour options. The Huawei Mate 30 has been priced at EUR 799 (around Rs.63,000) for the 8GB RAM + 128GB storage configuration.

The new screen calls its new display as waterfall screen and it features a 6.53-inch Flex OLED Horizon Display. The Mate 30 Pro has a beautiful display panel curved at 88-degree angle. It features same anti-blue light technology that’s available on the Mate 30.

The display features an 18.4:9 aspect ratio, 2400×1176 pixels resolution (a bit higher than Full-HD+), along with support for HDR 10 support and DCI-P3 wide colour gamut. The Huawei Mate 30 Pro has no bezels at the corners and the bottom is really tiny.

The notch up there is quite slim and smaller compared to last-gen, Huawei has even termed it to be “most sophisticated notch” with an array of sensors. The sensors include a 3D depth camera, ambient light and proximity sensor, 32MP selfie camera, and a dedicated gesture sensor.

The gesture sensor enables AI gesture controls on the smartphone, you can flick before the Mate 30 Pro to scroll up/down and pinch to capture a quick screenshot. The smartphone features two biometric unlocking options – 3D Face Unlock and in-display fingerprint sensor.

For security, the data on the Huawei device is protected by the highest security standard – TEE with proprietary microkernel OS.

Speaking about the cameras, here we have the same type of circular SuperSensing quad rear camera setup which includes:

The telephoto lens support 3x optical zoom and OIS and the camera setup even houses a Xenon flash and other sensors on the left of this circular module. The camera setup here supports a Pro-Bokeh and includes dual OIS and AIS.

The Mate 30 Pro camera setup can achieve a maximum ISO range of 409600 as compared to the 6400 industry standard. Also, the camera setup offers a 45x zooming range – 3x optical zoom, 5x hybrid zoom, and up to 30x digital zoom.

Coming to the battery, the Mate 3 Pro packs in a huge 4,500mAh battery even though weighing just 198 grams. Huawei claims that its flagship smartphone could last up to 8.2 hours on heavy usage which is fairly enough.

The smartphone supports 40W wired SuperCharge and 27W wireless fast-charging which helps to charge the phone at a blazing speed. The inclusion of Graphene Film Cooling Technology helps to keep the temperature in check and keeps the device up to 3.9-degrees cooler.

On the connectivity front, the Mate 30 Pro boasts to have the “most advanced antenna” design and houses 21 antennas in total. Out of these, 14 of them will be employed for enhanced 5G connectivity to provide the most reliable connectivity around the globe. It includes the same dual nano-SIM tray as we saw in Huawei P30 Pro.

Being a flagship smartphone, the smartphone is also IP68 water and dust resistant. The Mate 30 Pro also features the latest EMUI 10 based on Android Q.

Both of the Huawei Mate 30 and Mate 30 Pro come with upgraded reverse wireless charging technology, so you can easily charge compatible devices while on-the-move like any other flagship devices these days.

The Mate 30 RS Porsche Design features a premium hand-crafted leather on the rear, which encases the glass panel at the centre and is inspired by the design of race car tracks. It also houses the same a quad-camera setup we saw on the Mate 30 Pro.