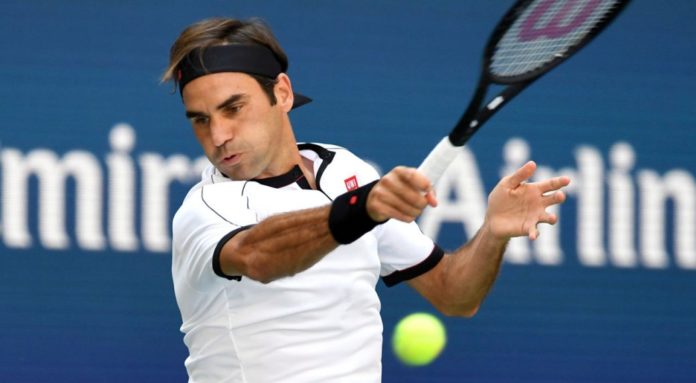 Roger Federer was starting slow in the last two matches of US Open. But this time his game was more agreesive, on Friday with a stress-free 6-2 6-2 6-1 win over Briton Daniel Evans to reach the round of 16 in New York.

Federer has had limited court time since his epic defeat to Novak Djokovic at the Wimbledon final in July but appeared to shake off any remaining rust with the win.

“I really enjoyed myself today. Beautiful sky and you guys out here also helped,” he said in an on-court interview in front of an adoring crowd.

Next up for third seeded Federer is a meeting with either Pablo Carreno Busta or David Goffin, and Federer said he would not underestimate either opponent.

“They are both really quality baseliners,” he said, adding that he expected the 15th seed Goffin to come out on top in his tie with the Spaniard.

Evans and Lucas Pouille — both practice partners of Federer’s in the past — were forced to contest their second-round match Thursday instead of Wednesday due to rain while the 20-time grand slam champion was one of the few who benefited from playing under the roof two days ago.

Evans is one of the game’s brightest, if flawed, talents. For years he admittedly failed to put in the hard work, partied too much for a professional tennis player and in 2017 was banned for a year after testing positive for cocaine.But he can indeed play, one of the reasons why Federer invited the 29-year-old to train in the Swiss mountains in April ahead of the clay swing.And when they met on the hard courts of the Australian Open in January, Federer won in a tight three-setter, 7-6(5), 7-6(3), 6-3.

Federer, who is seeking his sixth U.S. Open title, rifled 48 winners and 10 aces to see off the overmatched Evans, who is now 0-3 lifetime against the 38-year-old.

Do check out: Dhoni is unavailable for the upcoming t20 series