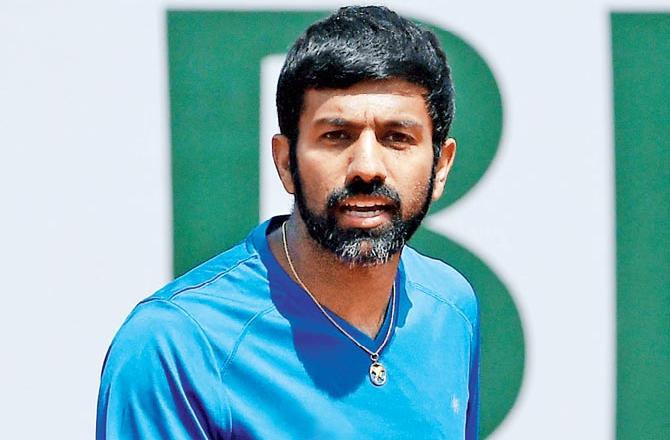 Rohan Bopanna and his Canadian partner Denis Shapovalov stunned Australian Open champions Nicolas Mahut and Pierre-Hughes Herbert with a comfortable straight-sets win in the first round of the men’s doubles campaign,US Open 2019.

India experienced a mixed day at the US Open as Rohan Bopanna advanced to the men’s doubles second round with Denis Shapovalov but Leander Paes made a first-round exit with Guillermo Duran.

Rohan Bopanna and Denis Shapovalov needed just 55-minutes to clinch a 6-3, 6-1 win over the Australian Open doubles champions in their 1st-round meeting in New York. Bopanna and Shapovalov came up with a fine performance as they won 73% points on first serve and converted all 5 break point opportunities that came their way.

Bopanna and Shapovalov lost their serve twice but broke their rivals six times out of seven chances.

India’s top-ranked men’s doubles star Rohan Bopanna along with Canadian partner Denis Shapovalov progressed to the 2nd round of US Open 2019 with a stunning win over 4th seeds Nicolas Mahut and Pierre-Hughes Herbert on Friday.

After the win of the duo, they will face next face Italian duo of Andreas Seppi and Marco Cecchinato in the 2nd round.

Divij Sharan and Monaco’s Hugo Nys had also lost their first-round to Robert Carballes Baena and Federico Delbonis on Thursday.The Indian and his French partner lost 4-6 4-6 to the players, who are both ranked outside top-100 bracket. Sharan and Nys did not get any break-point in the 72-minute clash while their rivals broke them once each in both the sets to move to the next round.

Do check out: India started the World Test Championship with a win