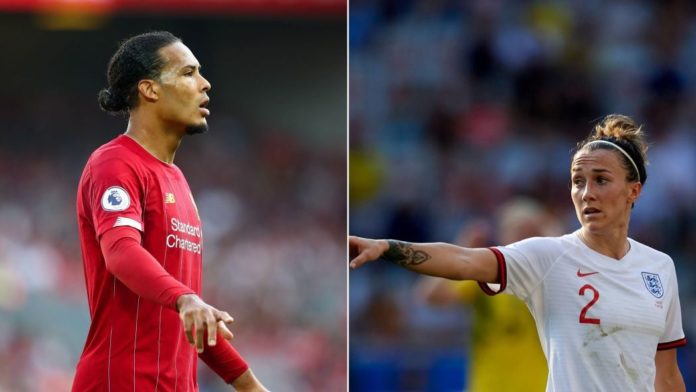 UEFA have announced the winners of the 2018/19 Player of the Year awards during Thursday’s Champions League group stage draw.

Virgil Van Dijk played a very important role in Liverpool’s path of European success. He was named man of the match as his side edged out Tottenham Hotspur in Madrid in the Champions League 2018/19 final. Van Dijk arrived at Liverpool from Southampton in January 2018. Since then he has always played fearless football and has kept more clean sheets than any other defender in Europe’s top five leagues in 2018/19. While Liverpool fell narrowly short in the Premier League, his solid presence (and occasional goalscoring efforts) provided the platform for their sixth European Cup.

Lyon and England right-back Lucy Bronze has won the 2018/19 UEFA Women’s Player of the Year award. Bronze, the seventh different winner of the prize in its seven-year history and the first defender, finished ahead of fellow nominees and Lyon team-mates Ada Hegerberg and Amandine Henry. She was one of five players from the UEFA Women’s Champions League winners in the top ten, with 2017/18 Player of the Year, Wolfsburg’s Pernille Harder at fifth position.