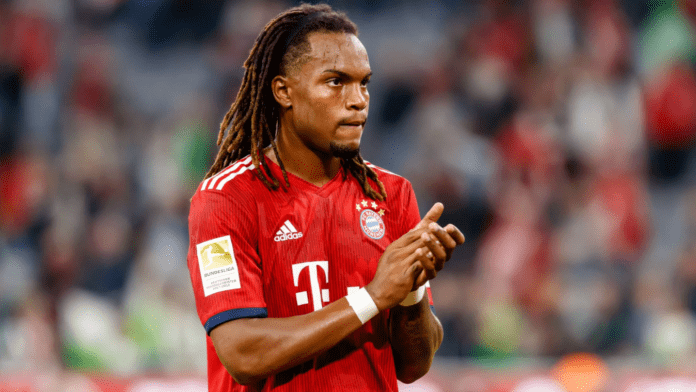 Bayern Munich had signed Renato Sanches in 2016 as one of Europe’s brightest prospects. The Portugal teenager looked like one of the world football’s most exciting talents when he starred on the big stage at Euro 2016. The impressive performances earned him a lucrative transfer from Benfica to Bayern. But he struggled to build on his impressive performances and later fell out with manager Niko Kovac. He also endured with an unsuccessful loan in the Premier League with Swansea City
Sanches have scored only 2 goals in 53 appearances for the Bavarians.

Sanches has now officially joined Lille on a five-year deal, for a reported fee of €25m initially plus €5m in bonuses.

Renato Sanches wanted to stay at Bayern provided he has more minutes of first-team football. But when he came off the bench for five minutes in the Bundesliga opener against Hertha Berlin, he vented out his frustrations. He bemoaned Bayern Munich’s apparent refusal to sell him twice. And now Bayern Munich have finally granted him his wish to leave for another club in search for more first-team matches.

Bayern’s chief executive Karl-Heinz Rummenigge said: “Renato Sanches asked us to transfer because he wanted to join a club where he would like more games. Unfortunately, we could not guarantee him this at Bayern. Match practice is also important to him because he wants to claim his place in the Portuguese national team for Euro 2020.
I would like to thank Renato for his achievements and wish him all the best for his future on behalf of Bayern.”

Renato Sanches told Lille’s official website: “My wish was to join Lille so I’m really happy to be here. I was very well received and I hope everything will be fine for me. I have been in contact with [sporting director] Luis Campos for a long time already. His words and the project they carry with [president] Gerard Lopez convinced me, as did the confidence they show in me.
I talked a lot with Jose Fonte, I always got on well with him. I do not know all my other team-mates well, but I cannot wait to meet them all. Go LOSC!”

Lille finished second in the Ligue 1 behind PSG last season. But they lost their star Nicolas Pepe this summer to Arsenal. So they wanted to sign someone like Sanches to improve their squad and challenge the Ligue 1 title again this season.

All the latest 2019-20 kits of football teams from all over the world are now available on Tech2Sports. Superior quality kits at the lowest price guaranteed. Show your support for your favourite club by wearing the club colours. If you’re a Bayern Munich fan check out Bayern’s Home Kit.