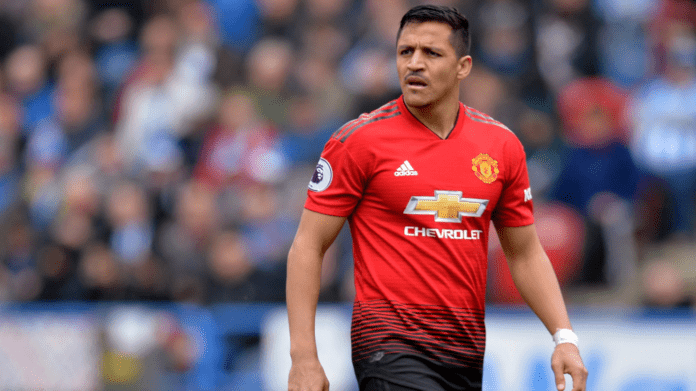 Manchester United and Inter Milan have reportedly held talks over the transfer of Alexis Sanchez.

Alexis Sanchez made just 20 Premier League appearances last season and has slowly found himself marginalized under Ole Gunnar Solskjaer. According to Sky Italy, Inter’s representatives are in London to negotiate a deal for the 30-year-old who is ‘open to joining’ the club.

Sanchez has endured a miserable time at United since he joined from Arsenal in January 2018 in a deal that saw Henrikh Mkhitaryan move to the Gunners. He has scored four goals in 32 Premier League appearances for the Red Devils, with his spell at Old Trafford heavily affected by various injuries.

Inter are reportedly ready to give Manchester United outcast Alexis Sánchez an escape route from Old Trafford this summer. They would sign Sanchez on a season-long loan, which would allow the Chile international to reunite with his former United team-mate Romelu Lukaku.

Solskjaer said after United’s 1-1 league draw away to Wolves: “There’s still a couple of weeks left of the transfer window. There is a chance [he could leave]. Some clubs have shown interest in Alexis and we’ll see what happens. We can’t update you more than that.”

According to reports, the Red Devils have agreed to pay €8m of the €12m, which ​Sanchez will be owed between September and the end of the season. Inter will not be asked to pay any loan fee and will only need to pay €4m in wages, but United accepted that because the ​Serie A side want to sign Sanchez permanently at the end of this season for between €12m and €15m.

Should Inter choose to do sign Sanchez permanently next season, they would offer Sanchez a base salary of €4m, which could rise to €6.5m based on performance-related bonuses. That’s a significant reduction on what Sanchez earns at Old Trafford, but it is a clear indication of his desire to bring his United nightmare to an end.

Sanchez has already agreed on personal terms with Inter. The Serie A side are now simply waiting for United to give the move the green light, which is not expected to take much longer, so Sanchez could arrive in Milan as early as Tuesday night to finalize the move.

If Manchester United did sanction a sale, it would leave them with Marcus Rashford, Anthony Martial and Mason Greenwood as the only strikers in their squad.
Anthony Martial has started the 2019-20 season in fine form. The France international hit the opening goal of the game at Molineux to reach 50 in all competitions for United and Solskjaer hailed his impact.

Solskjaer said about Martial: “He’s scored two in two now and he’ll only improve. The relationship between him and Marcus [Rashford], Jesse [Lingard] and the other forwards will only improve.
The more we get him into positions to score, the more he will. He’s more between the posts so I’m happy with that. It was a wonderful goal.”

Previous article
Motorola One Action is launching on 23 August, Flipkart mini-listing.
Next article
Mi A3 is launched in India starting at Rs.12,999.