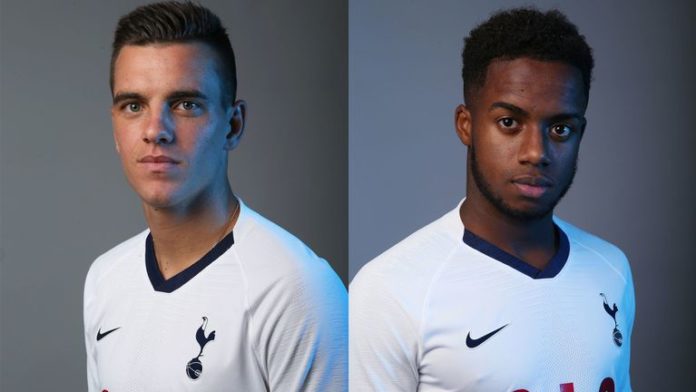 Tottenham have made a loan move for Giovani Lo Celso and permanently signed Ryan Sessegnon.

Tottenham Hotspur signed Argentina midfielder Giovani Lo Celso from Spanish side Real Betis on a season-long loan late on the transfer deadline day. A deal in the region of £65m was originally thought to be on the verge of going through earlier on Thursday but the two clubs have finalised a loan switch.

Lo Celso was on loan at Real Betis from Paris St Germain last season. But the La Liga club made his move permanent in April. He scored 16 goals in all competitions and claimed six assists last season. He has also played 19 times for Argentina.

Tottenham Hotspur said in a statement: “We are delighted to announce that we have reached (an) agreement for the season-long loan signing of Giovani Lo Celso from Real Betis with an option to make the transfer permanent.
The attacking midfielder will wear the number 18 shirt this season.”

Pochettino told reporters on Friday: “I am very happy. I was happy with my squad and to add some more players, they can bring good energy and help us to achieve what we want. I was focused on trying to work hard to coach in the best way.
I hoped the club would do the job that we want to try to bring players in and to try to be competitive with our opponents.”

Tottenham have also completed the signing of versatile left-back Ryan Sessegnon from Fulham in a player-plus-cash transfer that sees Josh Onomah move the opposite way. They will reportedly pay Fulham £25million for the 19-year-old, with academy product Onomah going to Fulham.

Sessegnon, an England U21 international, agreed a six-year deal with Tottenham. He played 35 times for Fulham in 2018-19, scoring twice and laying on six assists for his team-mates.

Pochettino said about Ryan Sessegnon: “He doesn’t have that much experience in the Premier League, maybe he is a little bit behind Lo Celso and Ndombele in age – they have more experience playing in a top level. Maybe he needs three or four weeks out of the group, and we will see how he adapts.”

He further added: “I think we have made signings for the future. The players will have opportunities to play. There is no pressure on him, or Lo Celso or Tanguy, they arrive from different leagues and they still need to adapt to the new philosophy and the new club.
It is the responsibility of the senior players to help them, but it is important to give them time.”