Wayne Rooney is back in English football 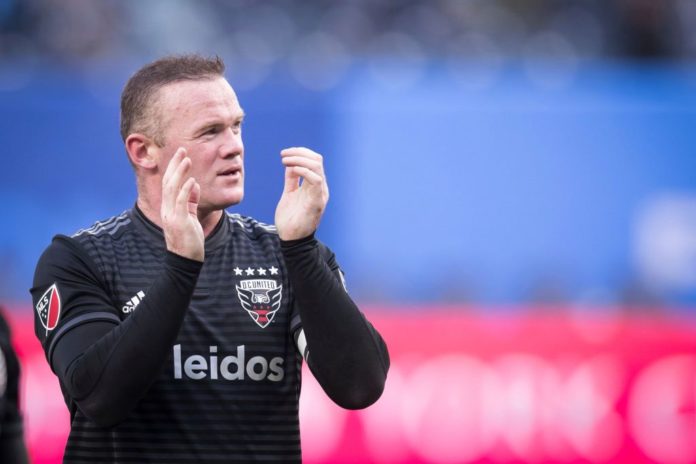 The Manchester United and England legend will join Derby County in January after accepting a job as player-coach.

Wayne Rooney left the Premier League last summer to join the MLS club, DC United. He has scored 23 times in 42 MLS appearances and will play for DC United until the end of the current season before moving to Derby in 2020. He has accepted an 18 months contract as a player-coach role in support of Rams boss Phillip Cocu.

Wayne Rooney said about DC United: “They’ve been fantastic to me. We’re in a good position in the league – there’s nine games left of the season.
I think it’d be disrespectful to them if I didn’t finish the season and try to help get us into a playoff spot and try to win a trophy. That was always the plan, then to come here in January.
I remain fully focused on giving my all for the team for the rest of this season and repaying the support shown by the Black-and-Red faithful by hopefully delivering an MLS Cup to Audi Field.”

Derby owner Mel Morris told Sky Sports: “He wants to finish the season there and of course it’s pivotal to them that they’re in [contention for] the play-offs at the moment. He was wanting to make sure he saw the season out. He’ll join us in January.
It stemmed from a conversation between Phillip Cocu and Wayne which was pivotal to this thing. I think for Wayne [it was important] to come and work with a manager he holds in high esteem and obviously for Phillip the opportunity to get a world-class player and somebody he can have on the field to help bring on the youngsters.”

“Wayne is coming here to play for the club but he’s also wanting to accelerate his coaching badges. A key thing for him in terms of his long-term career ambitions is to become a manager. I think the time we had with Frank [Lampard] was great in terms of demonstrating that willingness to give people time, to work with them, to help them develop. I think Wayne sees us as a good place to come and do that.”

Rooney said in the press conference: “I’m delighted to be back here and I’m looking forward to coming back in January and trying to help the team to push forward and hopefully push for promotion.
Firstly, I’m a player. I feel I’ve a lot of qualities I can bring to the squad. I want to come in and play and help the team. Secondly, I want to try and learn off Phillip and his staff to gain experience for when I do stop playing and take that next step.”

“Of course we all want to be like the great managers but that’s for the future. It’s what I want to do and I don’t want to keep talking about it but my main focus is playing and learning.
With any new role, the first thing you want to do is learn that role and learn the best things to do and the things not to do.”

“So I think that’ll be what I’m doing for the next 18 months and trying to learn good habits which coaches do. Of course I’ve played under some great managers – certainly towards the last five years you try to look at things in different ways with one eye on going into that role. I’ll keep trying to learn and give my best on the pitch.
I was lucky enough to have some very good, experienced players who helped me when I was a young player, so that’s a natural progression in football and now I’m at the end where I can hopefully help them and guide them.”

Rooney’s long-term objective is to follow his former England colleagues Steven Gerrard and Frank Lampard by becoming a manager. He said: “It’s great to see them going into management. I’ve always had the ambition to do so – it’s great these young English managers are getting the opportunities.
I feel over the last 15-20 years we haven’t seen so many great ex-England players going into management. It’s something I’ve always wanted to do and when the time is right hopefully I can move into it. But my first aim is to play.”

“Derby is a club with great ambitions. In the last few years they’ve put a lot of money into the club to try to take the next step to get into the Premier League.
I feel it was a place where I could come in, use my experience and try to help them to achieve their goals. The squad of players is a good squad – you have to believe your squad is good enough to take that next step and we’ll work hard to make sure we can do that.”

Derby appointed Phillip Cocu as the manager after Lampard left to become Chelsea head coach in the close season. Cocu said: “Rooney can bring a great deal of influence… on the pitch and off the pitch. The way we work – with a lot of youngsters coming up – he can help the team to develop. We can help him in a future role, being a coach, being a manager. I think it’s a perfect moment to join together and work together.”