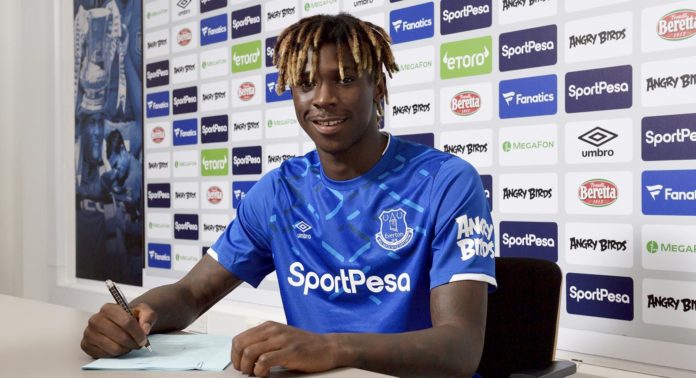 Moise Kean is one of the most highly-rated young attackers in Italian football. He scored six times in 13 Serie A appearances for the Old Lady last season, at an impressive rate of 1.01 goals per 90 minutes played.

Everton had been heavily linked with a move for the Italy international in recent weeks, and have now completed a deal worth £29 million, that could eventually rise to £37 million if certain add on clauses are met.

Everton boss Marco Silva was delighted to have brought Kean to England. Silva told the club’s official website: “A striker was one of our priority signings this summer.
Moise is strong, fast, with many good qualities as a striker and he is just 19 years old. He has talent and he is ready to work, ready to improve our squad and gives us different solutions.
Of course, he was at a big club, now he’s come to another big club and is ready to fight for this challenge and to give everything to Everton Football Club.”

Moise Kean said: “I am very proud and honoured to wear the Everton shirt. I will give my best to this team. I was convinced to sign because Everton is a club looking to the future and so am I. I know about the size of the club. It has big ambition and I will work very hard to help us fulfill what we want to achieve.
I am used to winning and I want to bring this winning attitude to the team. I hope I will be very good on the field and bring the fans joy.”

The Italy international has signed a five-year contract at Goodison Park and joins a club who finished eighth in the Premier League last season but hopes to give a fight for a top four or six finish this season.