Realme invites Beta Testers for Project X, could be its own OS? 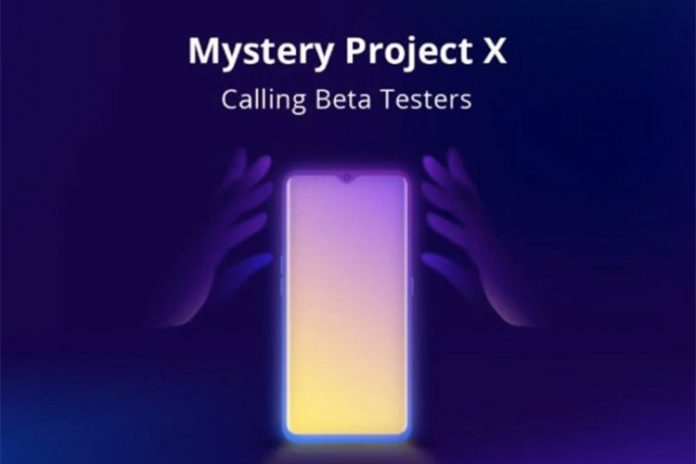 The Chinese handset maker who was a sub-brand of OPPO a year ago has seen huge sales of its handsets in India. Their competitive pricing and solid specs have made their smartphones lucrative for customers.

Realme reached the 2nd largest smartphone brand online for the last three months, as per Counterpoint research and made a strong impression in the eyes of the customers.

Another main thing that has helped Realme to grow is their focus on youth. It describes itself to be a youth-centric brand and justifies it with great smartphones at competitive prices.

Now one thing that has always irritated or say made a bad impact about Realme smartphones is their OS. The OPPO separated brand borrows the same Color OS seen on their parent brand smartphones.

To develop their own OS takes time and users obviously waited for this as promised by Madhav Seth, CEO, Realme India. Now, we see some positive signs regarding this.

The company recently sent emails to the beta testers to test something which Realme is calling ‘Project X’. Though not being disclosed about the truth, it is likely to be its own RealmeOS.

Yes, the OS might be named as RealmeOS because Realme recently trademarked the name ‘RealmeOS’ in the UK.

This suggests the company is working secretly to implement something big in the coming days which is why Realme has thought of targeting a small number of beta testers.

Once it gets tested and certified we can expect Realme to bring out the beta version of the RealmeOS to the real world for the enthusiasts.

For now, the only thing we can do is wait and hope that we do really get a new smartphone OS from Realme, be it RealmeOS or with some other name.

But one thing is pretty sure that Realme will bring a lot of change and improvements from the Color OS and make it more like “stock OS”. It will be interesting to see when the company actually announce its OS and which of its smartphones will actually support it.