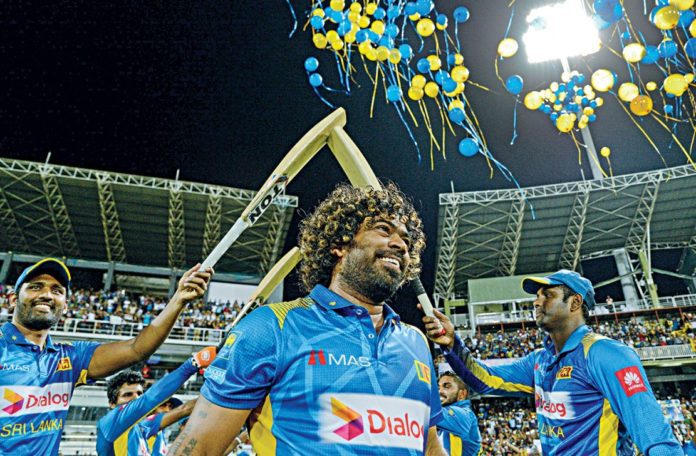 Malinga returned with impressive figures of 3/38 in his final ODI to help Sri Lanka beat Bangladesh.

For Sri Lanka, Malinga and Pradeep bagged three wickets each

Sri Lanka defeated Bangladesh by 91 runs in the first at PR Stadium on Friday.

Chasing a target of 315, Bangladesh suffered the first blow in the fifth bowl of the inning as skipper Tamim Iqbal was dismissed by Lasith Malinga.

Malinga in his last international game struck in the first over and bowled Iqbal for a duck. Mohammad Mithun joined Soumya Sarkar in the middle and built a 29-run partnership for the second wicket. Mithun (10) was sent to pavilion by Malinga in the eighth over.

Mushfiqur Rahim came in to bat at number three and joined Sarkar in the middle. Sarkar departed after scoring 15 runs in the 9th over.

Sabbir Rahman with Rahim built a 111-runs partnership and helped the team to get past the 150-run mark.

Lower-order failed to add runs on the scoreboard and the side lost wickets in regular intervals. Rahim held the one end strong and scored 67 runs before he was departed by Nuwan Pradeep. For Sri Lanka, Malinga and Pradeep bagged three wickets each.

Since his 2004 debut against the United Arab Emirates, Malinga has played 225 ODIs and his unusual slingy action and an ability to bowl yorkers have made him a formidable bowler in limited-overs cricket. The right-arm paceman, a sought-after player in Twenty20 leagues, has also played 30 tests though he quit the long format in 2011 after battling a nagging knee injury.

Previous article
Arsenal have signed Real Madrid midfielder Dani Ceballos on a season-long loan
Next article
PV Sindhu is out from the quaters, Sai Praneeth advances to the semi-finals of Japan Open,2019

T20 World Cup Super 12: Sri Lanka and the Netherlands qualify for the Super 12