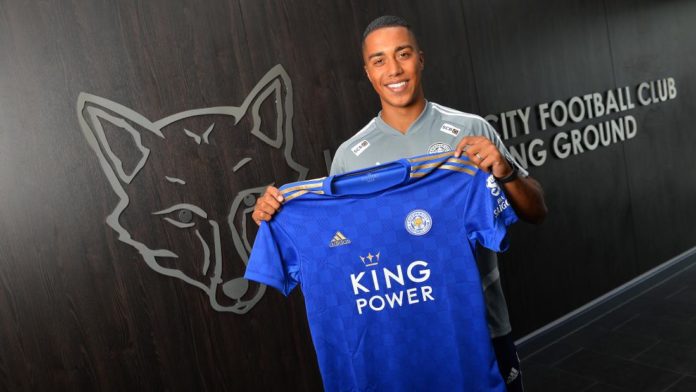 Youri Tielemans signed a four-year deal with Leicester City and joined for a club-record fee of €45m.

Leicester City have signed Belgium international Youri Tielemans from Monaco on a permanent basis for a club-record fee of €45m. The 22-year-old impressed during his short-term loan with the Foxes last season, notching up three goals and five assists in 13 appearances.

Yielemans told to the club’s official website: “It’s a great feeling to sign for this club. Ever since I arrived on loan last season, all the players, the staff and the fans have been fantastic with me. I believe that we have the talent in our squad to achieve something special. I really can’t wait to get started again and do everything I can to help my team-mates.”

He further explained why he chose to join Leicester City: “It feels great, honestly, because the second part of the season went very good for me and for the team as well. That’s what I wanted and I wanted to keep it like that – playing in a positive mood and a positive club with a lot of ambition and a lot of potential too. I’m really happy to be here.
I’ve let myself [have] some time to think, to get the positive things. For me, after the international break, it was clear for me that I wanted to come here. That’s why we got the deal done.
I think it’s important to not rush yourself in a decision. For me, it was clear I wanted to make a pre-season with a club I was playing with for the whole season… that’s an important thing. If you are with your club in pre-season, then during the season it will come automatically. It was important for me.”

Tielemans also mentioned that he is looking forward to further develop his relationship with manager Brendan Rodgers. He said: “We’ve talked about the season and what he wants from me and what he expects from me. I know we will make some good progression together and we will enjoy our time together because I’m sure it will go really well.
I think I’ve done really well since I’ve been here, but the main thing is always to do better. That’s why I’m here. To make myself better, but also the team too. I’m here to give myself 100 per cent and to play my best football. I’m just going to enjoy myself and get the legs ready for the rest of the season.”

Youri Tielemans is a fantastic signing for Leicester City. It’s surprising that other clubs weren’t pushing for his signature. His vision is outrageous. He also offers goals from midfield. Leicester City are now essentially top four contenders for the next season.

Here We Go: Wesley Fofana to join Chelsea for £75 million

Wesley Fofana to Chelsea: Fourth bid worth £75 million being prepared