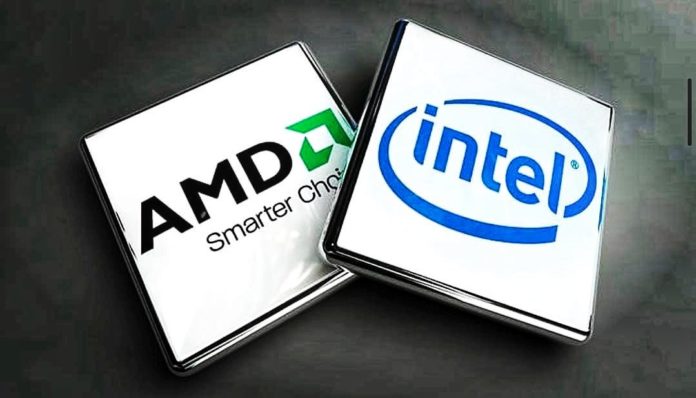 The bitter rivalry between AMD and Intel started years ago, but there was a time when Intel totally ruled the CPU market. Things changed with time, it was in 2017 that AMD announced their Ryzen CPU lineup, this totally changed the fate of the company.

The 14nm CPUs eventually started to gain popularity with time and people used it for production workloads and gaming as well. Then came the Vega GPUs from AMD, also with that the Ryzen APUs with Vega graphics came into existence.

The APUs gained tremendous popularity among budget gamers for their “value for money” offerings. Also in 2018, AMD announced its 2nd gen Ryzen CPUs based on 12nm Zen+ architecture which turned to be hugely popular among gamers as well as for productive work purposes.

Not to forget, the Threadripper CPUs also have contributed to AMD’s market share due to its outstanding workstation performance. If we look into the number of CPUs sold through the year, we see that AMD is leading the charts.

The Ryzen 5 2600 has been the best selling CPU for the past year, followed by the Ryzen 7 2700X. Both of these CPUs along with others made AMD lead the charts.

For Intel, the 9th gen CPUs excelled due to its strong gaming performance. The significant high-priced Core i9-9900K and the i7-9700K helped the blue team to maintain its huge market share.

When we look into the revenue AMD and Intel both go neck-to-neck, Intel was leading until the advent of 2nd gen Ryzen CPUs that led AMD to dominate by a small margin.

But, now as various benchmarks gave us the hint how the upcoming 3rd gen Ryzen CPUs will perform, it is likely to see AMD get higher number sales as well as lead the gross revenue by some healthy margins with months.

In the global market, Intel’s market share is being consumed slowly and steadily by AMD, who has seen steady growth since the release of Zen architecture.

At the end of the first quarter of 2019, we see AMD controls 25.6% of the total consumer market, on the other hand, Intel still has a major stake of 74.4% market share.

With the release of these potential Ryzen 3000 CPUs as well as Navi GPUs, we can expect this ratio of Intel and AMD becoming 70:30. Also, the 3rd gen Threadripper, as well as the data-centric EPYC Rome CPUs, will also debut to make things sweeter for AMD.

Previous article
Dani Ceballos is on the verge of joining Tottenham Hotspur this summer
Next article
Frenkie De Jong wants a reunion with Matthijs De Ligt at Barcelona amid reports suggesting De Ligt is heading to Juventus.