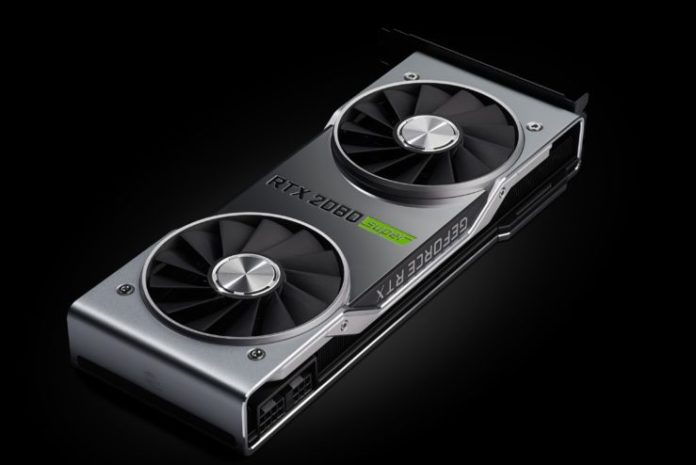 Today, NVIDIA has announced its new “Super” GPUs after teasing it for a while now. Already some leaks gave us some idea of these cards from before and we see quite similar specs of these new reformed GPUs.

The new RTX Super graphics cards come with increased core counts and better quality silicon if RTX 2070 Super and RTX 2080 Super is taken into consideration. On the other hand, for the mid-range RTX 2060 Super we see increased bandwidth and wider bus that helps give a much better performance from the RTX 2060.

Also these cards have better Ray tracing capabilities due to the inclusion of extra RT Cores and increase in GigaRays/s. All of the original RTX GPUs are to get some price cuts except the RTX 2060 which will still retail at its original price of $349.

The NVIDIA’s GeForce RTX 2080 SUPER GPU would be using the TU104-450 GPU. Here we see increased CUDA cores from before, now this comes with 3072 CUDA cores.

Also, there are the same 8 GB of GDDR6 memory support along with a 256-bit bus interface. The memory clock has been increased to 15.5 Gbps as well as the bandwidth has increased to 496 GB/s.

Quite expectedly, the core clocks have received a fair increase to 1650 MHz at the base and 1815 MHz at boost. The card has a TDP of 250W and features 8 Giga Rays/second of Ray tracing horsepower.

The GeForce RTX 2080 SUPER is claimed to be around 10-15% faster on average than the Titan XP GPU which was even a faster card than the previous-gen GTX 1080 Ti.

The GPU is a lot faster than RTX 2080 also because of 11 TFLOPs of FP32 and 11 TFLOPs of INT32 Compute power and the tensor operations of this card are rated at 89 TOPs.

The GPU has been priced at $699 and is expected to launch on the 23rd of July.

The clock speeds have received a healthy boost of 1605 MHz base and 1770 MHz boost. The GPU features 8 GB of GDDR6 memory operating at 14Gbps. The memory has a 256-bit wide bus interface, delivering a total bandwidth of 448 GB/s.

This GPU has received a huge upgrade from the original RTX 2060 and has received some major improvements which we expected from the leaks before.

The clock speeds have been increased to 1470 MHz base and 1650 MHz boost with TDP of 175W. Another biggest upgrade is the inclusion of 8 GB of GDDR6 memory operating at 14Gbps. The memory has a 256-bit wide bus interface, delivering a total bandwidth of 448 GB/s.

New games with Ray tracing enabled are coming in the coming days as well and gamers who intend to enjoy the upcoming games like Cyberpunk 2077, Wolfenstein Young Blood in highest of details can surely go for this Super GPUs or buy the lower priced original RTX cards as well.

What do you think about these new GPUs? Tell us in the comments below… 😉

Previous articleApple iPhone 11 is on its way according to leaks and renders.
Next articleSpider-Man: Far From Home themed Realme X is launching on 15th July.