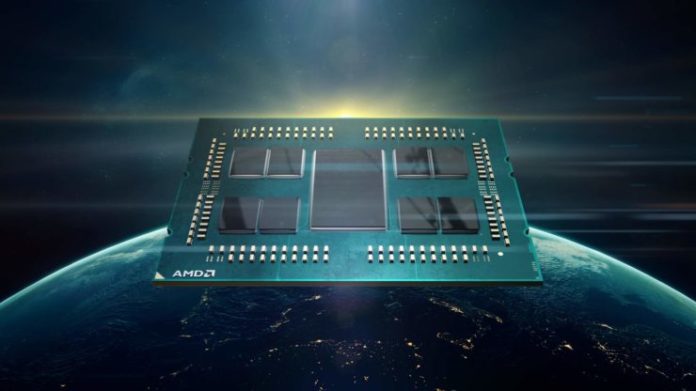 Finally after a year of wait, AMD EPYC CPUs are going to be launched in the next quarter and we have got potential leaks regarding the upcoming server and data-centric based CPUs.

AMD at the Computex 2019 mentioned their 64-core EPYC CPUs to the press and showed how these CPUs ripped off Intel at incredibly lower prices. But the Red team never stated their lower core – even the 8 core EPYC Rome CPU.

The pricing of all these CPUs have been surfaced online and it seems these modern CPUs will be a lot cheaper than Intel’s counterparts. Also, there’s are many single socket version of these new CPUs abbreviated with a ‘P’ in the model name.

The power draw decreases with the number of cores and the max clock speeds ranges from 3.2 to 3.4 GHz. Also, each of these new EPYC Zen 2 CPUs is accompanied by a huge amount of cache memory.

This is amazing, especially when you get 64 Zen 2 cores for just $5,000! The competitor Intel’s 28-core Xeon Platinum 8280 costs a whopping $18K even though being half as powerful.

The recently announced Intel’s Xeon 9200 lineup with up to 56 cores is expected to cost you around $25K to $50K. The highest variant of the lineup – 14nm based 56-core Xeon Platinum 9282 has a pretty impressive boost clock of 3.8GHz but at the cost of 400W TDP which is almost double to that of AMD’s 64-core monster.

Another advantage that AMD’s Zen 2 architecture enjoys is the PCIe Gen 4.0 support that means these CPUs an enjoy higher bandwidth and increased transfer speeds and faster memory support.

Even the 32-core and 48-core EPYC Zen 2 variants will cost just $2.5K to $5K while Intel’s nearest competitor Intel Xeon Platinum 9221 with higher TDP of 250W will cost around $20K. Though the Intel one might just be a faster one at almost four times or eight times the price of AMD.

So, if everything goes accordingly then the upcoming EPYC Zen 2 CPUs will destroy the server-end CPU market with its disruptive pricing and with its latest power efficient micro-architecture.

It will not be surprising to see a lot of companies shifting their servers to AMD to save a lot of bucks. Already AMD is building world’s fastest Super Computer with EYPC Zen 2 CPUs.

Companies and OEMs like Amazon, Microsoft, Dell, Lenovo, ASUS, Cisco and others are tying their hands with AMD to reform their servers with modern EPYC CPUs.

This is will be a great opportunity for AMD to snatch the Intel-dominated data-centric market by a good percentage to soar its already increasing stock.

Previous article
Fernando Torres has confirmed his retirement from professional football
Next article
Infinix Hot 7 Pro is the new beast under Rs.10,000.