Maurizio Sarri quits his job at Chelsea and joins Juventus 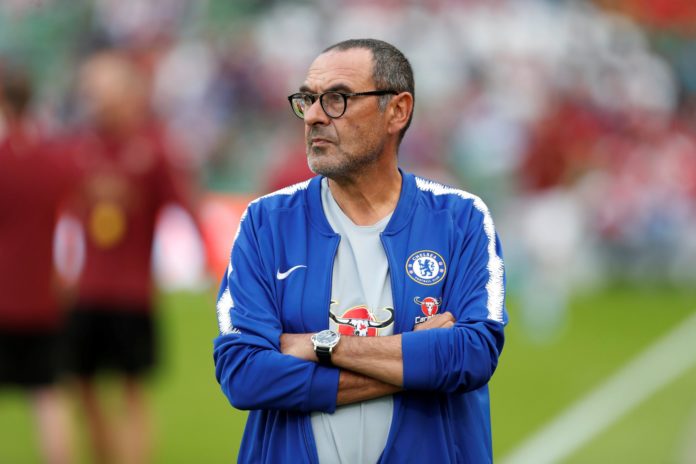 Maurizio Sarri has signed a contract with Serie A champions Juventus until June 2022.

Maurizio Sarri has replaced Massimiliano Allegri as the head coach of Juventus. Allegri agreed to leave the Serie A champions in May after clinching a fifth consecutive Serie A title.

Sarri enjoyed a successful spell with Napoli before he took over at Stamford Bridge last summer. Sarri’s only season in London saw him finish third in the Premier League and win the Europa League. Now he will be back in Italy after only one season as Chelsea boss.

Chelsea have also confirmed that the two clubs have agreed to the early termination of the 60-year-old’s contract, which had two years left to run.

Chelsea director Marina Granovskaia said: “In talks, we had following the Europa League final, Maurizio made it clear how strongly he desired to return to his native country, explaining that his reasons for wanting to return to work in Italy were significant.
He also believed it important to be nearer his family, and for the well-being of his elderly parents he felt he needed to live closer to them at this point.
Maurizio leaves Chelsea with thanks from us all for the work he and his assistants did during the season he spent as our head coach, and for winning the Europa League, guiding us to another cup final and a third-place finish in the Premier League.
We would also like to congratulate him on securing the role as big as any in Serie A and to wish him the best of luck for the future.”

Sarri’s playing style never won fans over but third place in the Premier League, coupled with an appearance in the EFL Cup final – overshadowed by Kepa Arrizabalaga refusing to be substituted – and Europa League glory marked a successful single season. Sarri’s 61.9 per cent win ratio at the club narrowly pips fellow Italian Ancelotti, who replaced him at Napoli last year.

Maurizio Sarri will now be expected to challenge for the Champions League and lead Juventus to a ninth Scudetto in a row. He will look to build the team around five times Ballon d’Or winner Ronaldo and regain the lost European giants status for the Old Lady.