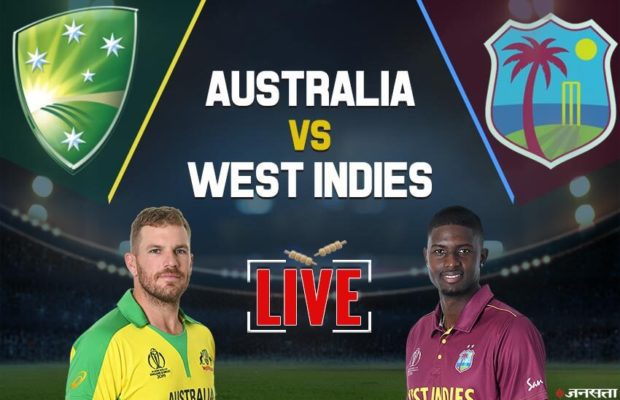 Nathan Coulter-Nile top scored with 92, after which Mitchell Starc picked up 5/46 to give Australia a win by 15 runs.

West Indies played some admirable cricket, to an extent that they seemed to be on course of registering their 800th ODI win. And what a moment it would have been to do it against five-time World Cup winners Australia.

West Indies needed 38 off 30, Australia required four wickets. Aaron Finch the Australian skipper threw the ball to Mitchell Starc. And in one of the most sensational spells of fast bowling witnessed, the left-armer got the job done for Australia. 0

Starc bowled a firing 46th over, getting the set Jason Holder and the promising-looking Carlos Brathwaite.

Ashley Nurse entertained by striking four boundaries in the final over. But by that time the game is already gone from the hands of the Windies. Australia closed out the game by 15 runs.

Nathan Coulter Nile scored 92 runs which is now the joint second most by a player batting at No.8 or lower in ODIs.

Mitchell Starc completed his 150 wickets in ODIs in just 77 matches – the least among all the players.

Batting first the Australian batting collapsed in front of the Windies bowlers. In the sixteenth over they were 79/5. From there Steve Smith and Nathan Coulter Nile took charge.