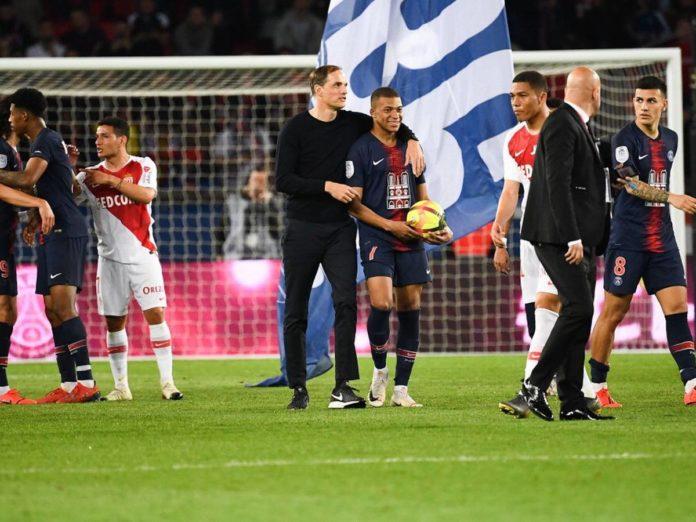 PSG were already confirmed as Ligue 1 champions after second-placed Lille drew 0-0 with Toulouse. They won their 6th Ligue 1 title in 7 years.

Kylian Mbappe scored a hat-trick and Neymar made his return from a three-month injury lay-off as Paris Saint-Germain began their Ligue 1 title celebrations with a 3-1 win over visitors Monaco on Sunday. PSG’s recent form suggested they may have been easing up as they failed to wrap up the title against Strasbourg, Lille and Nantes, losing to the latter two. But they did not even have to kick a ball on Sunday to finally clinch a second successive Ligue 1 title, appearing more fluid and cohesive against Monaco than they have in recent weeks.

There can be little doubt who inspired PSG on Sunday. Mbappe looked in the mood right from the start and his two first-half goals were excellent. The hat-trick clincher was a rather more straightforward finish, but it allowed him to secure a deserved three-goal haul.

Tuchel is developing PSG into a team with a defined style help to explain why the Parc des Princes board are reportedly set to hand him a fresh contract despite the Manchester United setback.

The Paris Saint-Germain teenager, Kylian Mbappe has been sensational for about a year now. He has won the World Cup with France and now has 3 Ligue 1 titles with his name, the 1st one with Monaco and the last two with PSG. PSG were celebrating their eighth Ligue 1 title but it was the World Cup winner who truly stole the show. Mbappe broke a host of records as he proved once again that he is one of the best in football right now.

There is another title on the line for PSG next Saturday as they face Rennes in the Coupe de France final.

Who are the 3 most expensive players at the World Cup?

Kylian Mbappe has blown his chances of moving to Real Madrid