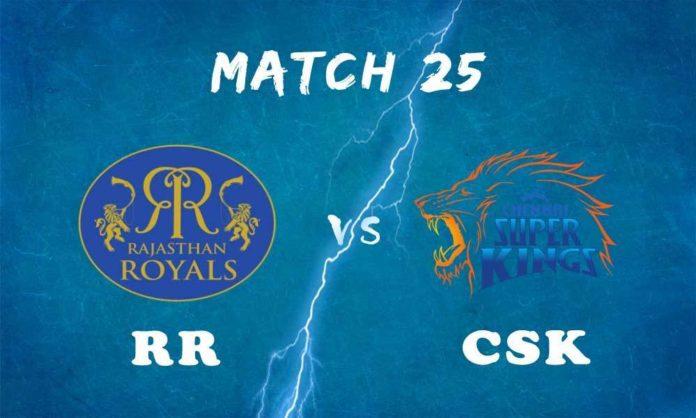 Chasing 152, MS Dhoni scored 58 of 43 balls. Ambati Rayudu scored 57of 47 balls. The partnership of this duo got Chennai closer to the target, but it was in the final over where all the drama unveiled. Needing 18 to win, Ravindra Jadeja somehow managed to hit the first ball for six despite losing his balance and falling onto the ground. Stokes then knocked over Dhoni in the third delivery to leave 8 off 3.

Mahendra Singh Dhoni got his 100th win as a captain in csk. He scored 58 runs with 3 over boundries and 2 boundaries.

Mitchell Santner smoked Ben Stokes for a six in the last delivery to propel Chennai Super Kings to a miraculous win in a drama-filled encounter against Rajasthan Royals at the Sawai Mansingh Stadium in Jaipur on Thursday (April 11).

Dhoni was awarded as Man of the Match.

Just when we thought the drama was over, the main umpire signalled a no ball in the fourth delivery and then all of a sudden backed out. Such was the confusion that it even forced Dhoni to come out of the dugout and he was clearly unhappy with how things folded out. However, Santner kept his calm and hit 2, 2, wd and 6 to pull off a spectacular win for his team and gave Dhoni his 100th win as captain in IPL.

Dhoni lost his cool when the umpire called the 4th ball of last over a no-ball then cancelled it. It was seen for the first time that Dhoni came to the dugout for an explanation.

Chennai Super Kings won the toos and elected to field. Rajasthan kept losing wickets at regular intervals before some handy contributions from the lower middle-order took them to 151 for 7 in 20 overs.

Dhoni and Rayudu added 95 runs for the fifth wicket after Chennai’s top-order was blown away. However, it was Jadeja and Santner who got them over the line.

Rahane tried moving too much inside the crease, Chahar kept it nice and straight and ended up pinning the Rajasthan skipper right in front of the leg-stump for 14. Steven Smith (15) and Rahul Tripathi (10) stuck for a while but fell to Ravindra Jadeja (2 or 20) in the space of two overs.

Ben Stokes (28), debutant Riyan Parag (16) and Jofra Archer (13) all chipped in but it was Shreyas Gopal’s (7-ball 19) contribution that made some difference in the end. The 25-year-old smashed two fours and a six in the last two overs and pushed his team past the 150-run mark.

Ravindra Jadeja yesterday took his 100th wicket in Ipl. Jadeja is the 1st left arm spinner to do so.

Faf du Plessis (7) fell to Jaydev Unadkat, Kedar Jadhav (1) was outdone by Stokes’s brilliance on the field. Having been reduced to 24 for 4 at the end of six overs, Chennai needed a huge partnership. Dhoni smashed Shreyas Gopal for a maximum over long on to break the shackles.