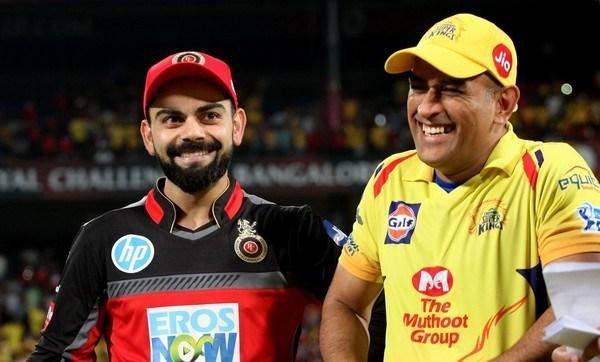 Two days before the opening encounter of the 12th season of IPL, CSK and RCB began preparations at the MA Chidambaram stadium in Chennai.

Chennai Super Kings and Royal Challengers Bangalore had a training session at the MA Chidambaram Stadium in Chennai on Thursday, two days ahead of their opening encounter of the 12th season of the Indian Premier League at the same ground.

The RCB team lead by Virat Kohli arrived Chennai on thursday and immediately took to the nets for the training session.


The players of both the teams practiced at the same time under floodlights at the iconic stadium. Skipper Kohli and MS Dhoni took out to time to meet each other, before the start of vivo ipl 2019.


Kohli was seen practicing in the nets and smashing a ball miles outside. It is seen in one of the videos shared on RCB’s official Instagram account.

CSK, who won the title last year. Their third in 9 seasons so far(as they were banned for 2 seasons), will hope to add their fourth this year. RCB have not yet won a title. It is Kohli’s captaincy that is coming into question ahead of the upcoming World Cup.

The 30-year-old will be eager to silent the critics by leading the franchise to a maiden title.

The clash between CSK and RCB is expected to set the tone for the 12th edition of IPL for the rest of the season.

Kohli has played 163 IPL matches. Kohli has scored 4,948 runs at an average of 38.35. The RCB skipper has four centuries and 34 half-centuries to his name.

Dhoni has been the skipper of CSK from the inaugural season of the lucrative tournament. While Kohli took over as the captain of RCB from 2012.

Dhoni has featured in 175 IPL matches and scored 4,016 runs at an average of 40.16. He holds the highest score of an unbeaten 79 in the tournament with 20 half-centuries to his name.

CSK and RCB will play the first encounter of IPL this season against each other on Saturday at the MA Chidambaram Stadium in Chennai. The game will resume from 6 pm.

It wil be broadcasted in hotstar, star sports, star jalsha.