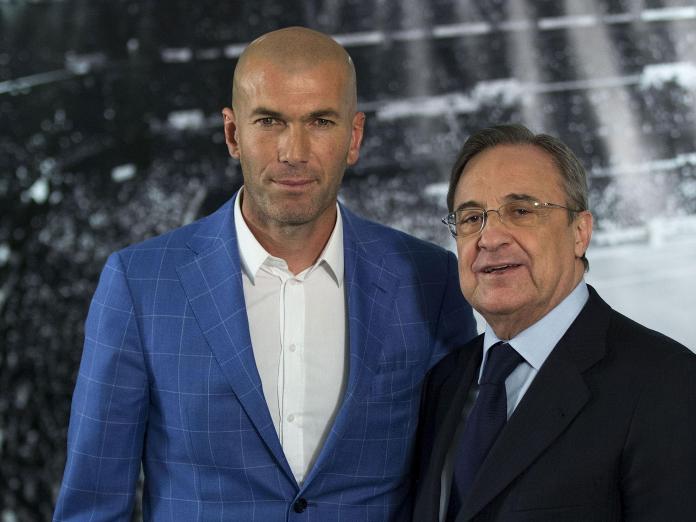 The Frenchman is reported to be re-appointed as the head coach of Real Madrid, according to widespread reports in Spain.

Zinedine Zidane had created history as the Real Madrid coach. He has won three consecutive UEFA Champions League titles, which no coach has ever done before. He was also a fan favourite during his time at Real Madrid, both as a coach and a player. Zidane will return to the club just 10 months after leaving Los Blancos.

According to sources, the Real Madrid board of directors will meet today at around 1700 GMT and sack Santiago Solari after a series of disappointing results which has left them with a season nothing to play for. They will re-appoint Zinedine Zidane. But his length of contract has not yet been confirmed.

Zidane, who spent five years at the club during the ‘Galacticos’ era during which he won a European crown in 2002, will become the third manager this season for Real Madrid after the dismissal of Julen Lopetegui and then Solari, who was in charge for a mere 5 months.

Zidane was first appointed as the Real Madrid coach in January 2016, after a spell in charge of the B team and he was an instant hit at the Bernabeu.

Zidane had stepped down last May after winning a third consecutive Champions League with the club he represented for five years as a player. He said: “I am doing this for the good of this team, for this club. It would have been difficult for me to win again next year. There have been good moments, but also difficult times. I do not forget that. And at this club, you must know this. I do not want to start a season and have a bad time. I want to end with Real Madrid when everything is going well. I did it as a player, and now again as a coach. This [is] the right moment to end things well.”

Solari has reportedly said his goodbyes to the staff at Madrid’s Valdebebas training ground and been relieved of his duties following a torrid run of results. Zidane has been convinced to return by president Florentino Perez despite receiving offers from elsewhere, with Juventus said to be among his suitors.

According to Spanish media outlet Marca, Zidane is once again expected to be reappointed as the head coach of Real Madrid and to take his first training session on Tuesday before managing his first game against Celta Vigo at the Bernabeu on Saturday.

The second quarter of 2020 became the largest yet for mobile app downloads, usage and consumer spending in apps.
Read more
Gaming

The last two decades have witnessed revolutionary developments across all industries powered by digital technology. The advent of internet technology fueled a wave...
Read more
Football

The Barcelona board has come under heavy criticism in recent times. The relationship between club legend Lionel Messi and the board has...
Read more

Real Madrid is held as the pinnacle of club football. Los Blancos have won the Champions League a world-high 13 times. Throughout...
Read more

Day 8 of the Indian Premier League (IPL) will feature a clash of two heavyweights as Sunrisers Hyderabad will take on Kolkata...
Read more