Acer unveils their new Swift series with latest 8th Gen processors by Intel offering up to 12 hours of battery life at the IFA 2018, Berlin

Acer, the electronics giant, is making some bold move at the IFA 2018 held at Berlin. They have partnered with Intel and used their latest 8th gen processor that they also unveiled at the same event.

They were the first commercial laptop series to feature the 8th gen processors. And now when Intel has made their processor more sophisticated, Acer makes it available for the Swift series. So, let’s see the three laptops of the Swift series:

The Swift 3 has been updated to 2 new models with 13.3-inch and 14-inch displays. The display is surrounded by slimmer bezels, sleek aluminum designs that open 180-degrees to lay-flat… 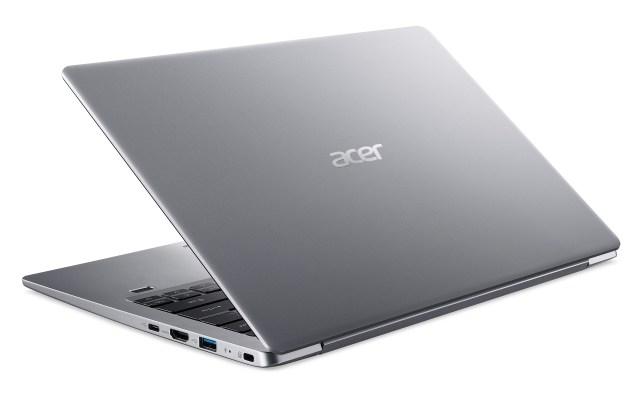 Both the versions of the laptop packs a huge 12 hours of battery life. With such long battery life, you’ll be able to work for very long hours… 🙂 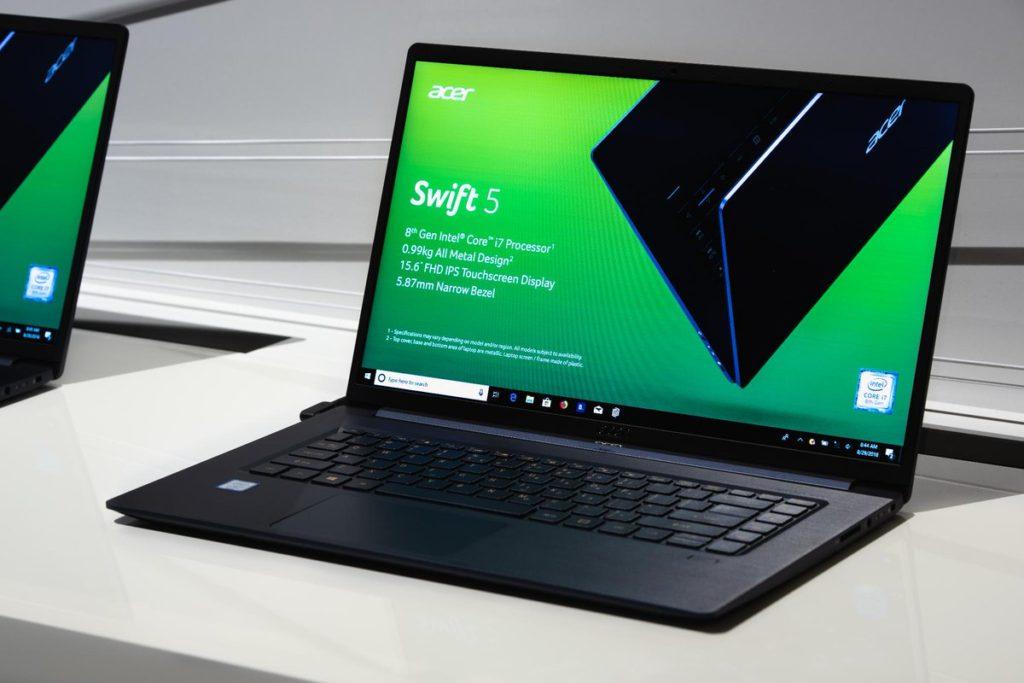 The best ever Swift just got an upgradation to make it more versatile and stylish. The laptop has got more sophisticated with the addition of the new 8th gen Intel processor…

The 15.6-inch display version of Swift 5 features a full HD 1920×1080 IPS touchscreen with ultra-narrow bezels. It has an 87.6% screen-to-body ratio to create an immersive viewing experience… It has been built with a magnesium-lithium alloy construction for the top and bottom cover. The Swift 5 is both ultra-light and sturdy, weighing just 990 grams… 🙂

While the 14-inch display also has a full HD display. It sports a similar design to the 15.6-inch model that is both ultra-light and sturdy—built with a magnesium-lithium alloy construction for the top and bottom cover. This one just weighs 970 grams & measures just 14.9 mm. It will also have support for the Dolby Audio™ Premium… The Swift 7 is the most beautiful and elegant laptop out of the lot. The Swift 7 is named as the world’s thinnest laptop. Its new bezel-less display has stunned everyone at IFA 2018…

The new Swift 7 15% smaller & is less than 10mm thick than the last gen. This time, the Swift 7 has an edge-to-edge display. The display is now 92 percent screen-to-body ratio, and overall the laptop weighs less than 2.2 pounds. And there’s the same 14-inch display from the Swift 7 earlier this year & the bezels have been heavily reduced to just 4.27mm. 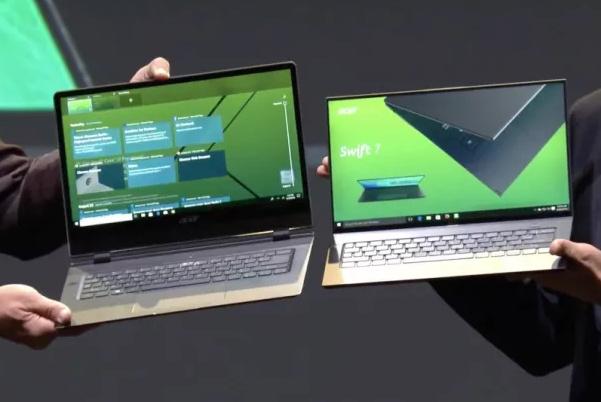 This new Swift with an 8th generation Intel Core i7 processor, probably with the new Intel i7-8500Y that is made for super-light & thin devices. The chipset also helps for faster Wi-Fi and LTE connectivity…

To keep the laptop light, Acer is using magnesium materials. It’s not immediately clear whether this laptop even ships with a webcam, or whether Acer has moved it to below the display or incorporated it into the keyboard…

And here were the 3 models of Acer’s new Swift series, which has again proved its worth and made computing to reach in another dimension truly…

Well, not all specs of the laptops are known until now, but with further updates, we will update the blog. Till then, keep following us for more Tech as well as Sports updates… 🙂