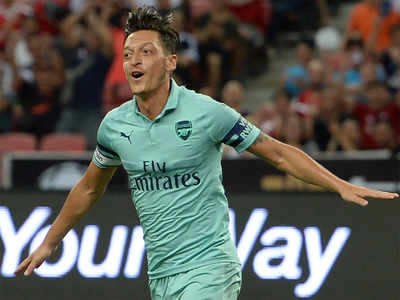 Mesut Ozil enjoyed a successful return to action at the end of a tumultuous week. The ex German midfielder scored the opening goal for Arsenal in a 5-1 victory over a makeshift Paris St Germain side in a pre-season friendly in Singapore on Saturday. 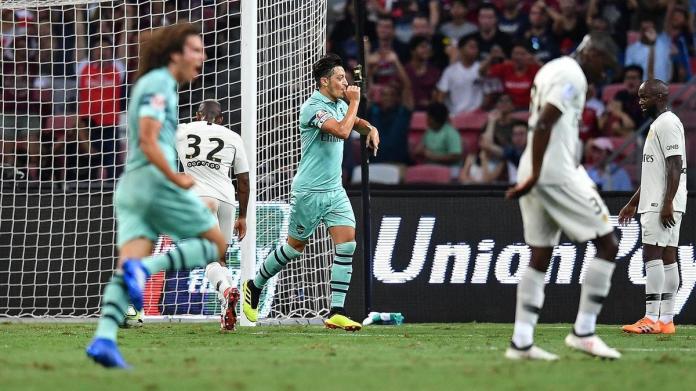 Ozil sensationally quit the national side on Sunday. He cited “racism and disrespect” for his Turkish roots as he bore the brunt of criticism following Germany’s disastrous World Cup. But he looked relaxed and focused against the French champions.

Arsenal fielded a strong team with Ozil installed as captain. And the Premier League side soon took control against weakened opposition. But they were given the time and space they will not be afforded when the domestic campaign kicks off in August. The German did not need long to stamp his authority on the contest. He side-footed past a stranded Gianluigi Buffon in the 13th minute. After Pierre-Emerick Aubameyang had raced clear down the right and sent a pinpoint low cross into Ozil’s path.