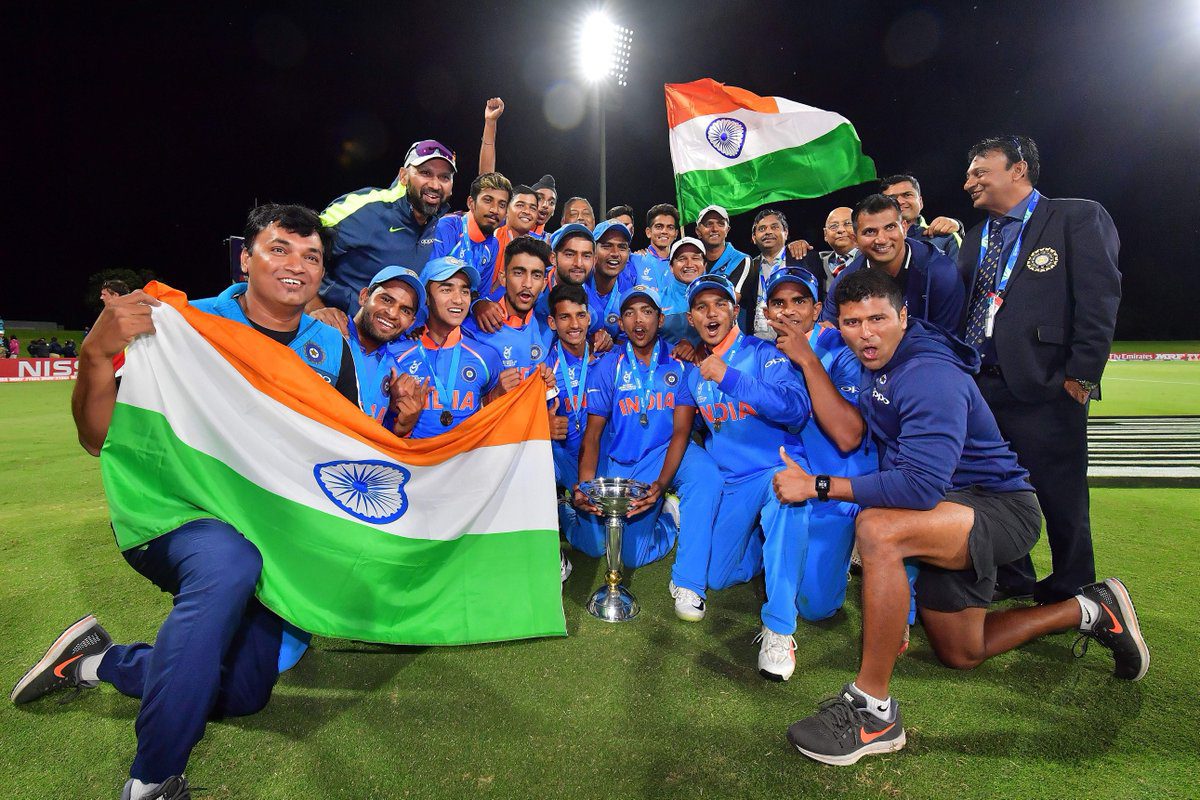 New Zealand took the opportunity to host the U-19 World Cup this time… Finalist TEAMS for Australia & India U-19:-

Australia batted 1st & was merely able to put a decent total of 216 runs as the Indian bowlers were putting their utmost to end their innings. Australian batsman Jonathan Merlo was a lone warrior who made 76 runs( 4 fours). His innings was put to an end by the left-handed spinner Anukul Roy.

Ishan, Shiva, Nagarkoti & Anukul took 2 wickets each. Shivam Mavi took 1 wicket. Shiva Singh was the most economical bowler with an economy of 3.6.

Indian opener Manjot Kalra scored a stylish century under a pressurized condition. India scored 55 runs in the 1st powerplay, without losing any wickets. After starting a good inning the partnership was broken as Indian skipper Prithvi Shaw was bowled out in the 11th over. He made 29 runs. Shubman Gill played an aggressive inning of 31 runs(4 fours). The partnership of Manjot & Harvik of 89 runs took India past victory. Manjot remained not out for 101 runs of 102 balls. His innings comprised of 8 boundaries & 3 over boundaries. Harvik made 47 runs. Shubman became the man of the series.

Six of the key players of the victory were Prithvi Shaw( he made 261 runs in 6 matches), Shubman Gill(he made 372 runs), Ishan porel( he took 4 wickets in the semi-final match), Anukul Roy( he took 14 wickets), Shivam Mavi( he took 9 wickets & scored 124 runs), Kamlesh Nagarkoti( he bowls at an average speed of 150 km/hr, took 9 wickets). 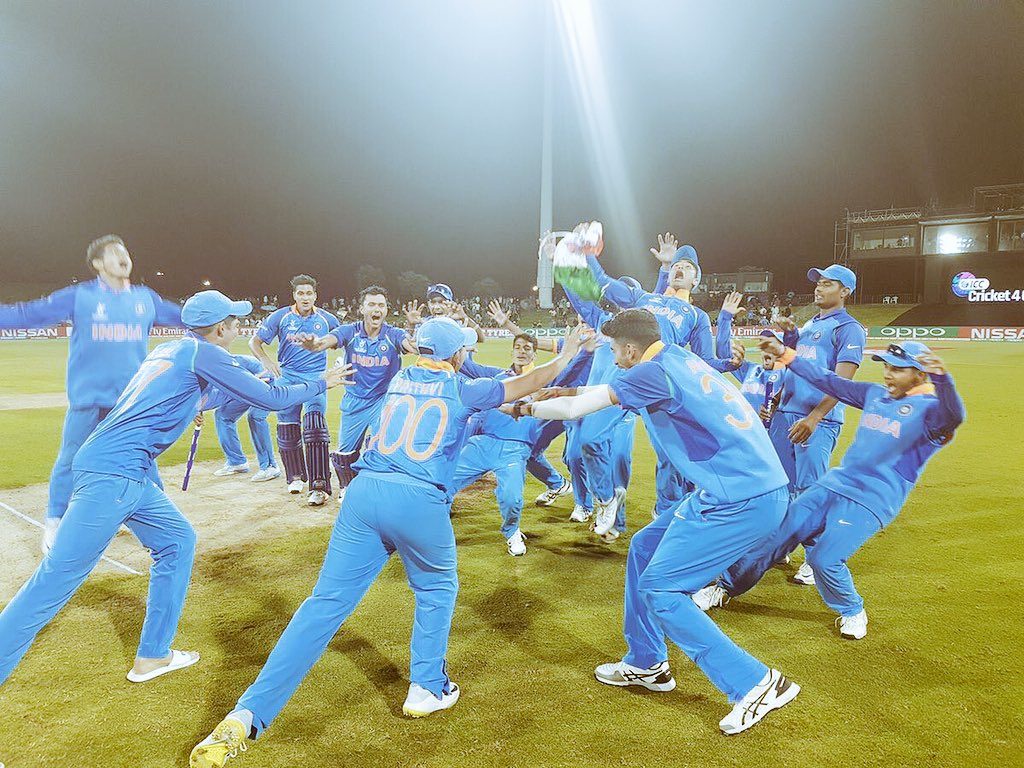 India is the only team which won all the matches in the world cup, right from the group stage.

For more sports and tech, updates stay TUNED to TechnoSports…Do subscribe and tap the bell icon at the left to get updates to your computer, laptop or smartphone… 🙂