Samsung Gear Sport: The smartwatch for all times !!!!

For the last few years, we are hearing that this will finally be the year when the wearable is going to be mainstream. Yet, they seem to be restricted to fitness trackers and have gradually moved on to smartwatches. The biggies – Apple and Samsung – have staked their claim to supremacy in the segment whereas contenders like Xiaomi and Huawei are also making a strong push in there smartwatches.

Still, these haven’t really become a mainstream as they are still being bought by people to make a style statement or those who are extremely fitness conscious. The good old analog and digital watches still reign supreme and don’t look being usurped by their smart cousins.

Samsung with a Gear range of wearables has been looking to crack the smartwatch category and we got one of its latest devices – the Gear Sport for a few days. We used the device for a few days and here’s our review of the
Samsung Gear Sport:

The bottom of the device is made of plastic. The straps that come out of the box are made of rubber and there’s another pair which is inside the box. It’s comfortable to wear and won’t look odd in the gym or in an office boardroom.

The circular bezel which can be twisted to browse through the interface is a neat feature. 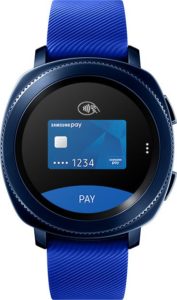 Samsung’s Gear Sports smartwatch runs Tizen OS 3.0 and has 4GB of internal storage onboard. As expected, there’s GPS for tracking workouts and an optical heart rate sensor which monitors heart rate throughout the day. The other features on board include an altimeter, NFC, Bluetooth 4.2 and full Wi-Fi connectivity. The Gear Sport is also a waterproof watch (50m) and one can use it while swimming as well.

The watch comes with wireless charging capabilities. Before we get into the performance, some more specifications: the Gear Sport has 1GHz dual-core CPU and 768MB of RAM. There’s 300mAH battery on board as well. It’s a great gadget for hardcore fitness enthusiasts as Gear Sport tracks down everything you do. Unlike some other smartwatches, the Gear Sport doesn’t suffer from any stutters or lags. A flick of the wrist to look at the time and all
relevant information immediately pops up.

Why you should buy The Smart Watch Series 3 by Apple? 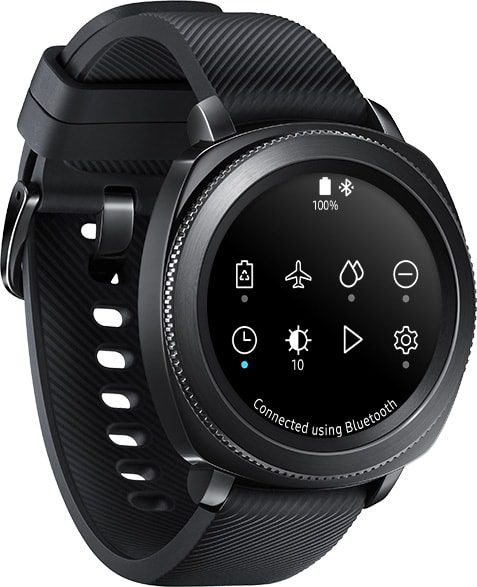 It’s a simple to use the watch and as we mentioned with a twist of the bezel you can monitor everything. The Tizen interface does grow on you and has widgets which display all the information. The touchscreen on Gear Sport works smoothly and you can sync it with Samsung Health app on any smartphone. The watch works fine with third-party fitness apps like Runkeeper- though you can’t install it on the watch.

The sleep tracker on the Gear Sport works seamlessly and does a fine job of tracking sleep patterns. The notifications on the watch work seamlessly and the bezel is your best friend on this watch. Connecting the smartphone is easy and one can respond to text or WhatsApp messages directly through the watch.

The battery, however, is a bit of a letdown as the Gear Sport drains out quite quickly. Also, it takes a lot of time to get fully charged. Even with moderate usage, the watch didn’t last more than a one-and-a-half day – which we feel for a smartphone is slightly underwhelming. 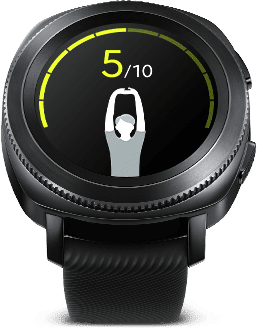 Is the Gear Sport worth $ 360? It depends actually whether you are someone who loves smartwatches. If a smartwatch is a gadget that appeals to you, then the Gear Sport is a solid yet unspectacular watch. The waterproof feature is a nifty add-on and most fitness enthusiasts won’t really have anything to complain about the Gear Sport.

An area which could’ve been better is the battery as it drains out rather quickly. As a fitness tracker, the Gear Sport is
undoubtedly one of the finest we have come across. But perhaps the price is a bit steep. Still, its a nascent category on the whole and difficult to win over customers. Samsung Gear Sport will attract a lot of attention from those who
really love their smartwatches.

The Gear Sport faces competition from Titan Juxt Pro which retails at $362 and the FitBit Blaze ($315) and are good
alternatives for those looking for an Android smartwatch.

Previous articleOn this New Year, Let’s Do A Tech Rewind of 2017
Next articleSamsung’s Upcoming Chromebook powered by Intel 7th-gen Is Here

Amazfit GTS 4 is now up for sale in India too