Xavi : End of an Era 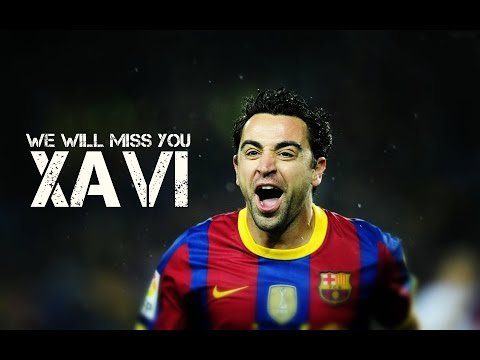 Xavi : The glorious era comes to an end

Former Barcelona and Spain midfielder Xavier “Xavi” Hernández Creus will retire at the end of the season. He is now looking forward to have a coaching career. 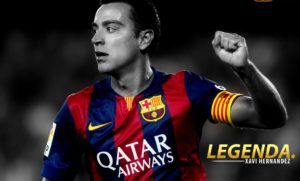 Xavi came through La Masia, the Barcelona youth academy. At age 11 and made his first-team debut against Mallorca in August 1998.  Highly regarded for his team ethos, Xavi is the embodiment of the tiki-taka passing style of play. The 37 year old is currently the captain of Qatari club Al-Sadd.

Xavi said his ability to recover after a game was declining. “I’ve had luck not to be injured and I think my career has come towards its end, there’s been a descent” he told Spanish newspaper Sport. “Now I see myself being more tired, it’s harder to recover, it will surely be my last year of being a footballer. I have the idea of getting my coaching license next year and being a coach.” 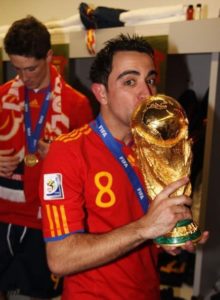 Xavi collected 133 caps for Spain during a 14-year long international career. Winning the 2010 World Cup and the European Championship in 2008 and 2012.

Considered to be one of the most intelligent midfielders of his generation, Xavi fits the bill for management. And could follow the same path trodden by Pep Guardiola. Guardiola starred for Barcelona on the pitch before doing the same in the dugout.

Speaking in July, Xavi said it would be a dream to take charge of his former club Barcelona. But also admitted it could be years before he has the required credentials to do so. He said: ‘I don’t want to hide the fact that sooner or later I want to be manager of Barcelona. But first I have to learn and that’s not a one month, two month or three month process but takes years.’ 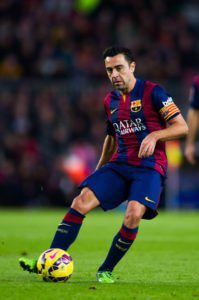 Now, the midfield maestro who has won eight La Liga titles, four Champions League titles, a World Cup and two European Championship is set to bid goodbye to the footballing world as a player.

Xavi Hernandez talks about Barcelona’s ambitions, winning the Europa League and more ahead of their match against Eintracht Frankfurt