Brazil Vs England U-17 Results 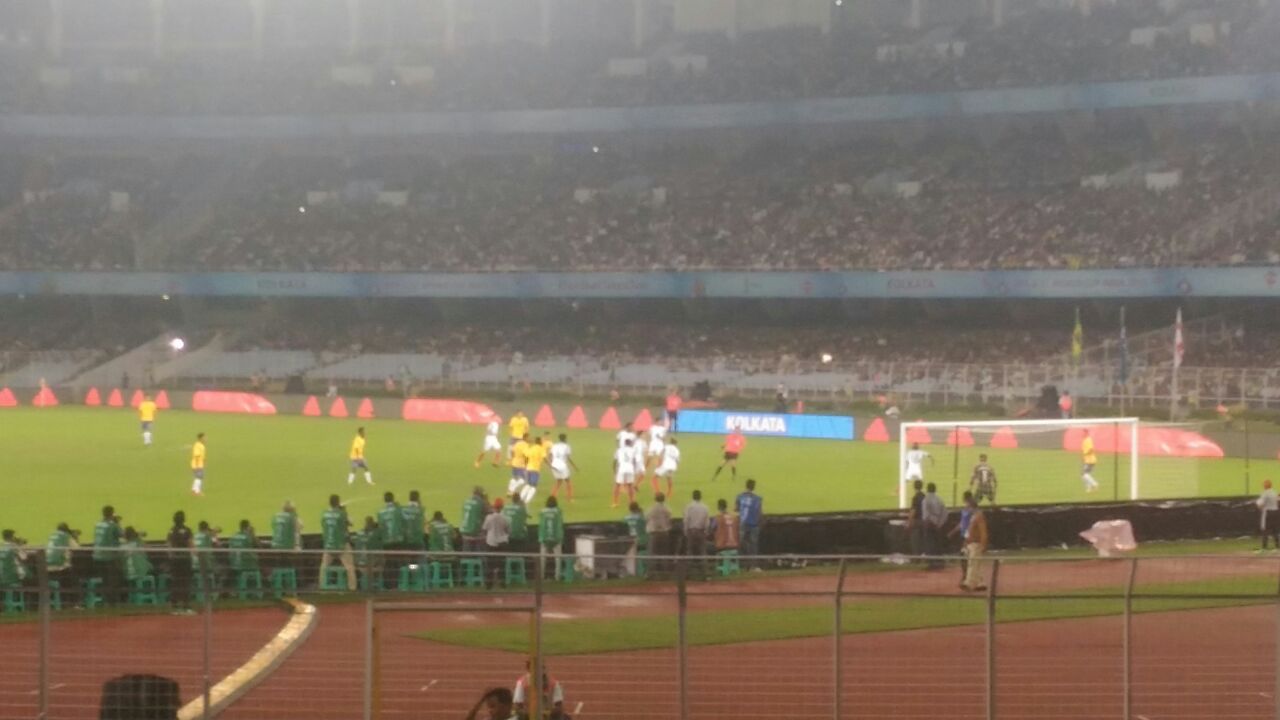 England played against Brazil in the semi-final of the Under-17 World Cup in Kolkata, as the match got cancelled in Guwahati, India. On Wednesday afternoon as they attemptef to replicate the achievements of the Under-20s and win the entire tournament.

The Young Lions won their group stage by defeating their opponents like Iraq, Mexico and Chile, before defeating Japan on penalties in the last 16 and then the USA by four goals to one, for reaching this stage of the competition. Brazil had come from behind to beat Germany in an entertaining quarter final and are the slight favorite with the bookies to win this clash. Other players to watch out for include Man City’s Phil Foden, who impressed during pre-season, and Brazil’s Lincoln, who is a future wonder kid in Football Manager. They rarely get their scouting wrong.

It was quite warm in Kolkata – 29 degrees Celsius to be precise. And for the real weather fans, it’s 69 per cent humidity and 5 m/s wind. 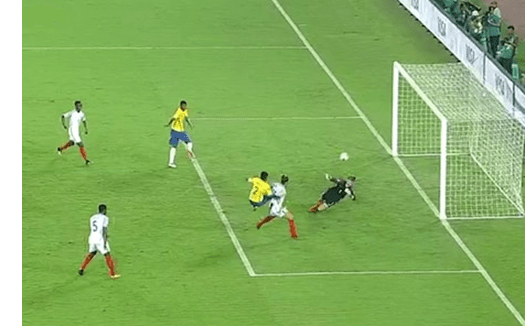 And then the match kicked off.

Absolutely brilliant from England!  They control their possession so well in the final third, linking passes around and showing excellent movement before the ball was chipped over the top of a crowded box into Brewster’s path.

His first shot is straight at the keeper and saved… the second is buried! England lead Brazil!

England don’t defend this particularly well but Paulinho’s smart one-two was the key to unlock the door. He gets the pass back, shoots and the goalkeeper parries. It falls to Wesley, who is a full-back, and he beats Latibeaudiere to the ball to put it into the bottom corner.

It’s the new Michael Owen! The ball is worked well by England out to the right, the cross comes across the box and Brewster is in the right place at the right time. Excellent positional awareness and he gets the finish right too, even if he nearly shanks it wide. 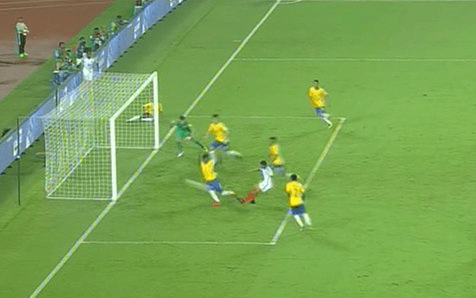 Brewster is the hero of the day. But the skill and clever play of Phil Foden makes this one. Brewster’s movement and anticipation off the ball is excellent and he’s deserved his hat-trick but Foden’s beautiful little Cruyffish turn under pressure has turned a fairly harmless move into a goal. He lays it wide, the cross comes in and Brewster smashes in at the back post.

Previous articleMI Smart Band HRX Edition – Why You Should Buy?
Next articleMicromax Bharat 2 Ultra vs Karbonn A40 Indian phone vs Reliance JioPhone vs Bharat 1 : –