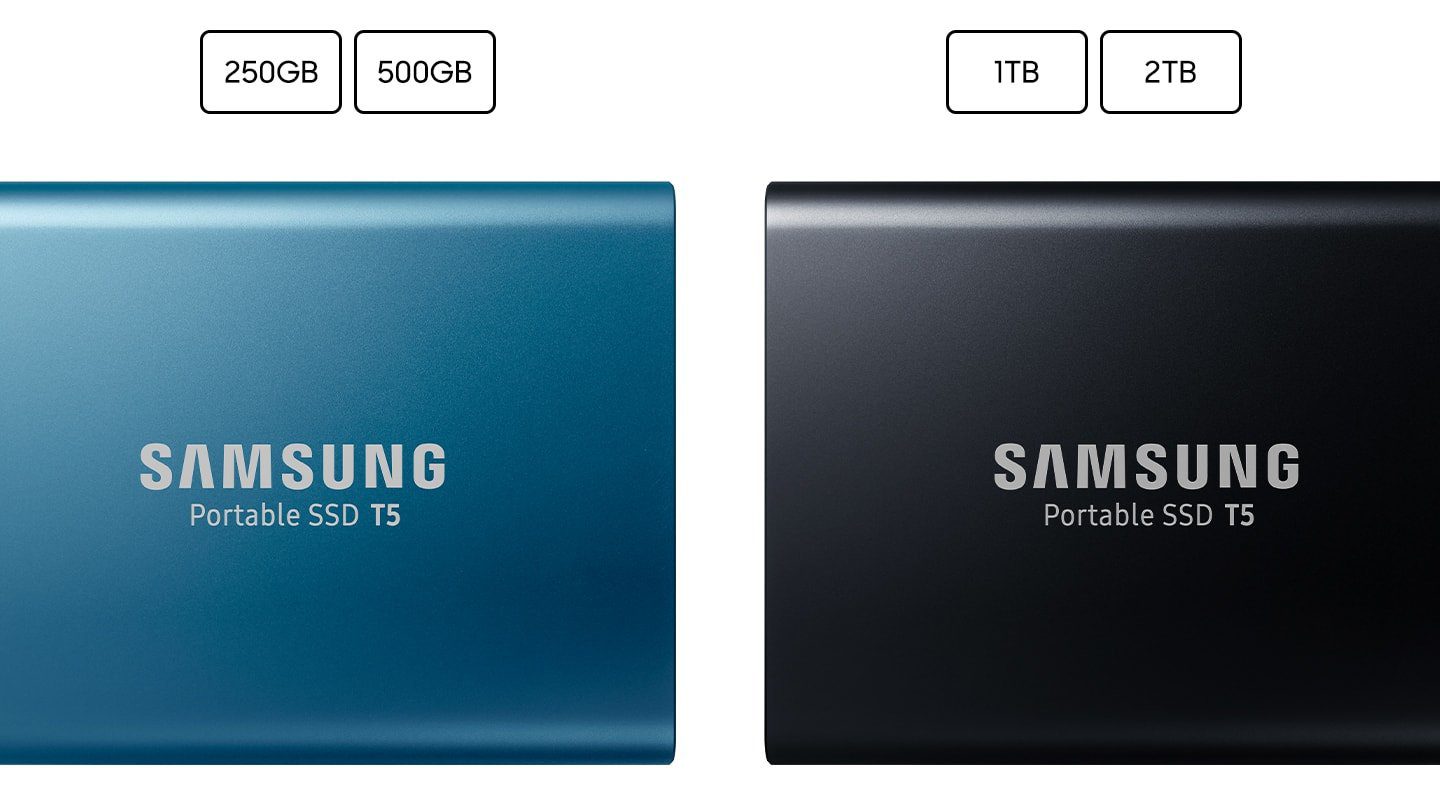 The T5 adopts the form factor of the T3 (and the T1). Also it swaps the connector for a 10Gbps USB 3.1 Type-C Gen 2 model, delivering twice the maximum theoretical transfer rate of its predecessors.

The drive measures 74 x 57 x 10.5mm and weighs only 51g, making it small and light enough to be shoved into even a tight front jeans pocket with ease. It is made entirely of metal (with a swish brushed finish) and except for the big Samsung logo on the front, the power LED and the Type-C connector, there’s nothing of note to comment on. Samsung claims up to a 540MBps data-transfer rate.

Choosing a metallic chassis ensures that the chips inside are properly cooled and increases the overall sturdiness of the device. It improves its dollar-to-gigabyte ratio and its performance significantly. At $799 for 2TB, it’s made for well-heeled hobbyists and graphics artists. But with it, you’ll have speedy access to a massive library’s worth of data that fits in your jeans pocket. It’s particularly handy for 4K video editors and photographers with huge archives.

Note that you will achieve much higher numbers if you use a compatible USB Type-C Gen 2 connector, up to 540MBps/515MBps respectively in read/write speeds according to Samsung.

You get USB Type-C to Type-C and Type-C to Type-A cables, both about a foot long, plus a 256-bit AES hardware encryption and software suite for Windows, macOS, and Android.

The Samsung Portable SSD T5 corrects the T3’s most glaring omission by including a USB-C cable, and improves its dollar-to-gigabyte ratio and its performance significantly. At $799 for 2TB, it’s made for well-heeled hobbyists and graphics artists. But with it, you’ll have speedy access to a massive library’s worth of data that fits in your jeans pocket. Controlling the entire supply chain means bigger margins. As for the competition, the Samsung T3 is now far cheaper than the T5. So it might be a better choice for those who aren’t too fussed about the performance gain on the T5.